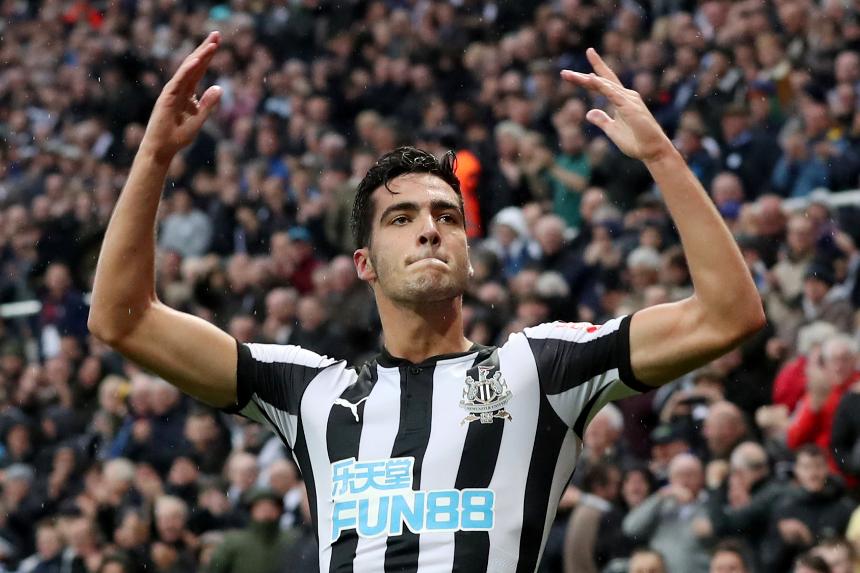 Dubravka "proud" to be a Magpie External Link

Atsu: 'I'll be back better than ever after knee operation' External Link

Mikel Merino enjoyed an immediate impact at Newcastle United in the 2017/18 Premier League, after joining from Borussia Dortmund.

He quickly impressed and scored the winner at Crystal Palace in October.

But the intensity of the Premier League is such that there is no let-up, and the Spaniard fell back in the pecking order in Rafael Benitez’s midfield towards the end of the campaign behind Jonjo Shelvey and Mohamed Diame.

So, even after a "very good first year" at St James' Park, Merino is determined to train hard in pre-season to fight for his first-team place.

"When you play against the best players in the world, at this level, where every single thing and every single mistake counts, you learn a lot," he told Newcastle’s official website. "The pace, the tempo and the intensity is amazing, and with those minutes you play you learn a lot.”

With a goal and an assist to his name, one area the 21-year-old is targeting to improve upon in pre-season is his attacking play.

Comparing Merino's play in 2017/18 with Shelvey and Diame in the Premier League Player Comparison Tool, his attacking numbers do fall short of those of his team-mates.