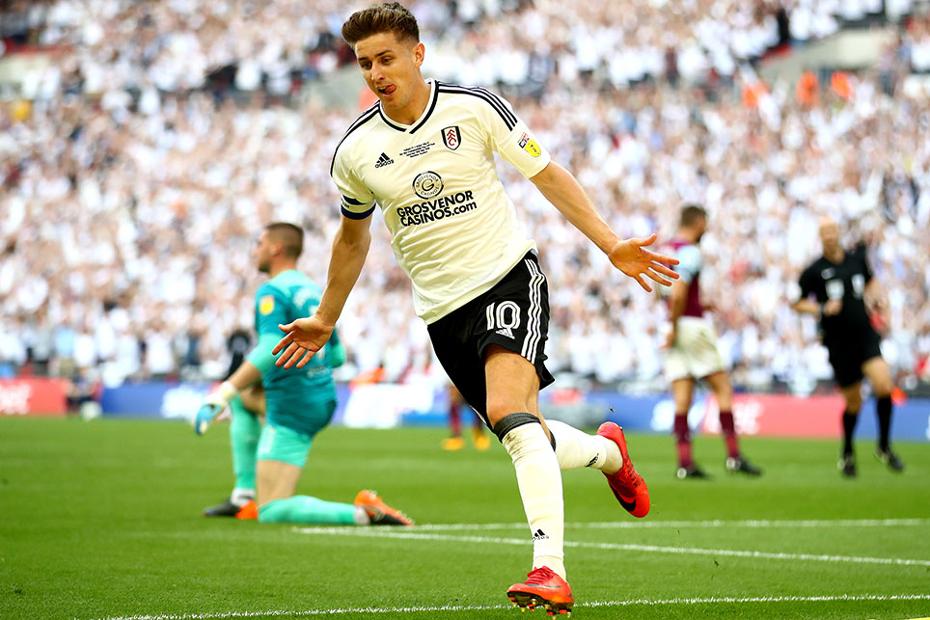 Fulham will return to the Premier League for the first time in four years in August after beating Aston Villa 1-0 in the Championship play-off final at Wembley Stadium.

Tom Cairney (pictured above) scored the only goal of the match on 26 minutes when he raced on to Ryan Sessegnon’s defence-splitting pass and finished calmly past Sam Johnstone.

Villa applied concerted pressure in the second half and Fulham’s Denis Odoi was dismissed on 70 minutes for a foul on the impressive Jack Grealish.

But Fulham, who finished third at the end of the regular season, held on to return to the Premier League for the first time since 2013/14.

Slavisa Jokanovic’s side follow Wolverhampton Wanderers and Cardiff City from the second tier into the top flight.

They can look forward to discovering their opponents for the 2018/19 campaign when the fixture list is released at 09:00 BST on 14 June.