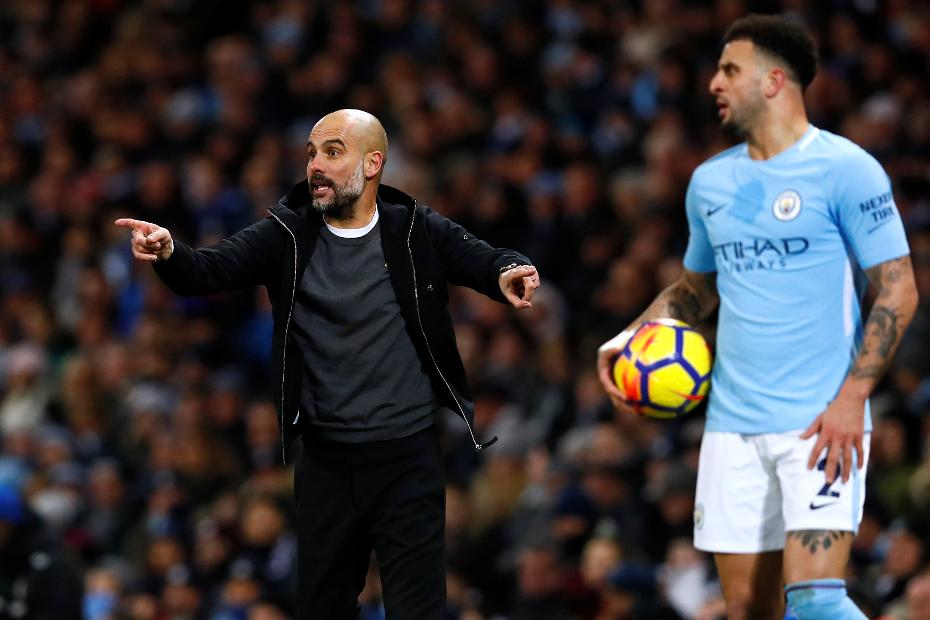 Adrian Clarke takes a look at the tactical trends of the 2017/18 Premier League.

For the fourth season in a row, the Premier League champions have proved the importance of selecting settled sides.

Chelsea and Leicester City have benefited from having largely the same starting XIs for their title wins between 2015 and 2017.

And in some respects, 2017/18 champions Manchester City followed suit.

In the season just gone, the only side to have used fewer starters than City were Burnley.

Pep Guardiola did not use many different players, but the City manager did tinker with his starting XIs on a regular basis.

Guardiola named the same starting XI in consecutive PL matches on only one occasion.

He often made one or two changes at a time, preferring to keep the majority of his line-up the same.

This was also true in terms of the City formation. Guardiola used a 4-3-3 in all but four of their 38 matches.

As for the three teams to use the highest number of starters, Everton, Arsenal and Stoke City, they all struggled for periods of the season.

Burnley were the team to have kept the most familiarity in their line-ups.

Sean Dyche named an unchanged side 12 times, four more than the next club, West Ham United.

On the flip side, Jurgen Klopp was the only manager to change his starting XI for all 38 matches.

The impact that substitutions have on a match is another consideration for managers.

They need to make the right calls at the right moments to influence matches.

In this respect Jose Mourinho was the most successful.

Thanks in part to Anthony Martial’s four goals and three from Jesse Lingard, Manchester United’s substitutes scored more than any other.

Tottenham Hotspur, with just two goals, and Liverpool, with three, were the teams to have scored the fewest from the bench.

Individually, Olivier Giroud was the standout "super-sub", for both Chelsea and Arsenal.