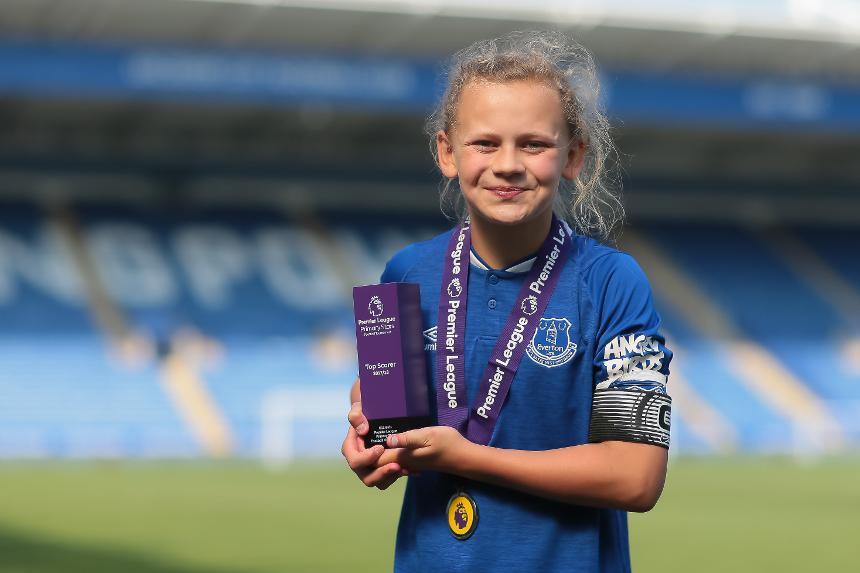 There may only be one Mo Salah but now there’s another Premier League superstar on Merseyside.

Meet Zara, who topped the scoring charts with 10 goals at the Premier League Primary Stars Football Tournament yesterday to help secure the title for her team.

The Year 6 pupil was playing for Malvern Primary School, winners of the Under-11 girls trophy while representing Everton FC. They beat 19 other schools participating, each representing a different Premier League club, at Leicester City’s King Power Stadium.

"I have watched football all of my life and to be at Leicester's ground, who have won the Premier League, it's overwhelming," says Zara, clutching her top scorer’s trophy.

"I did not think I was going to score that many. Determination helped me. We just wanted to win so much as a team.”

It was Zara’s goal that put Everton ahead in their 3-0 final win over Overingham School, representing Newcastle United.

"I was so nervous at the start of the final but then we got going and scored that first goal," she says.

"I took on a few players and I shot. It got deflected and went in. It was a really lucky goal but it gave us a confidence boost.

"The cheer went up from the crowd and I felt amazing."

No. The grass on a #PL pitch 🌱#PLPrimaryStars @EITC pic.twitter.com/3yCwuocAWj

When she is not playing for her school Zara is learning with Liverpool Ladies. But the experience of playing with her schoolfriends in their final year at Malvern is one she will never forget.

"Some of us have been together for a while," she says. "There is a really close bond between us and that helped us. I am proud of myself and the whole team.

In July, she will leave Malvern for the step up to secondary school.

She will be taking with her special memories, and her move up to secondary in September has become less daunting thanks to her experience in Leicester.

"It's a big confidence boost for me because in secondary school, they might not have many opportunities like this and you can tell everyone, your new group of friends, that you have been here and done it," she says.

"It gives me an idea of what I can achieve."