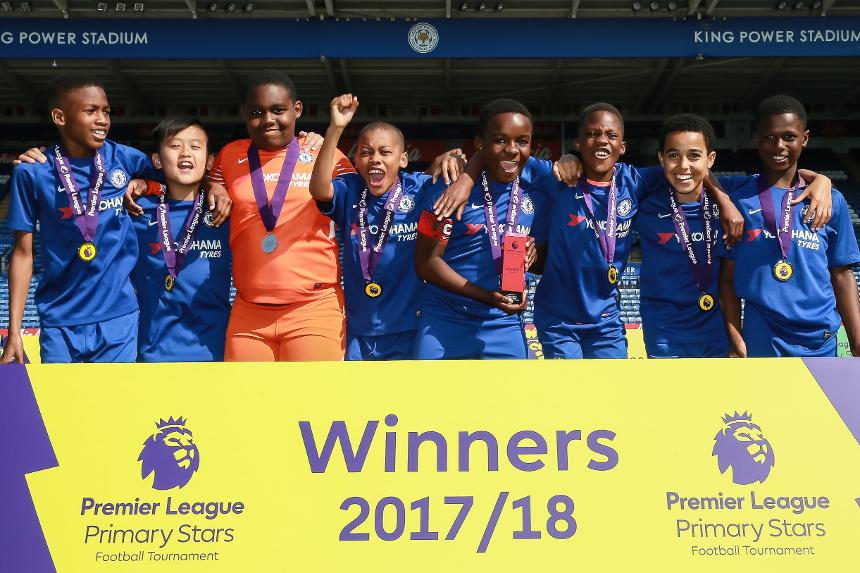 One of the key themes of Premier League Primary Stars is resilience.

So it was appropriate that the winners of the Under-11s Mixed trophy at the Premier League Primary Stars Football Tournament triumphed at the third time of asking.

Last year, their team of Year 5 pupils suffered semi-final heartbreak at the hands of Crystal Palace when representing Chelsea at Stamford Bridge.

But those same players, now in Year 6, returned for the 2018 tournament at the home of Leicester City on Wednesday.

And, in Chelsea's colours once again, they finally got their hands on the trophy with a 1-0 victory over Tottenham Hotspur in the final.

"We were all distraught last year and we didn't want to feel that again," says Elly, the team captain. "It motivated us for this year.

"It was hard when we were in the final because everyone was watching us and depending on us to win.

"We gave our all, tried our hardest and didn't give up. I feel like we did something great."

The Chelsea side were one of 40 school teams at the King Power Stadium, who had a Premier League experience, wearing club kit and playing on the pitch in matches refereed by top-flight officials.

When you lead your team to #PLPrimaryStars Tournament triumph