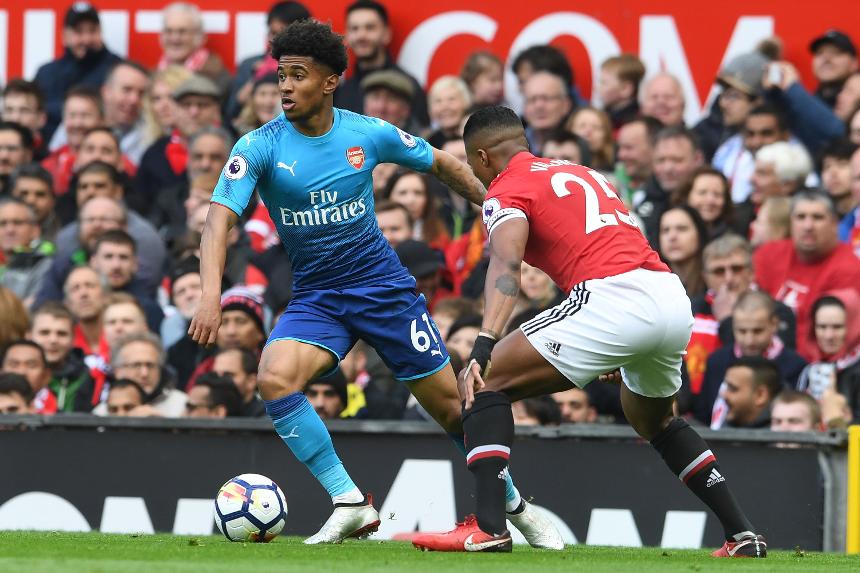 Reiss Nelson’s Premier League 2 Player of the Season award was no surprise to one of his mentors.

Ryan Garry is Arsenal’s head foundation phase coach and first saw Nelson when coaching him at Under-14 level. He was instantly impressed.

“I came in to the club and he was in the Under-14s,” Garry says. “He certainly was someone who showed a lot of potential.

“His enthusiasm is fantastic, every time I've seen him, whether it's in a training session or a game.

“Win, lose or draw, he wants to be the best. He shows real bravery in the way he plays.”

Garry made the same journey as Nelson through the Arsenal Academy to the first team before turning to coaching.

So it was with pride that he picked up Nelson’s award on the player’s behalf at the Premier League Youth Development Conference at Wolverhampton Wanderers’ Molineux Stadium.

The conference invited all 92 clubs from the four divisions of the Premier League and EFL to learn from their counterparts.

For Garry, a graduate of the Premier League’s Elite Coach Apprenticeship Scheme (ECAS), it provided valuable shared knowledge so that he can produce more players like Nelson, at Arsenal’s Hale End Academy, who can move up to the first team.

“It's so good to see him win the award,” Garry says.

“It's really deserved, and there are a lot of people from Hale End that have played a part in getting him to where he is at the moment.

“Reiss will be the first to say he will want to progress on even further, and I'm sure he will be focused on that in the summer and looking forward to a new season.”