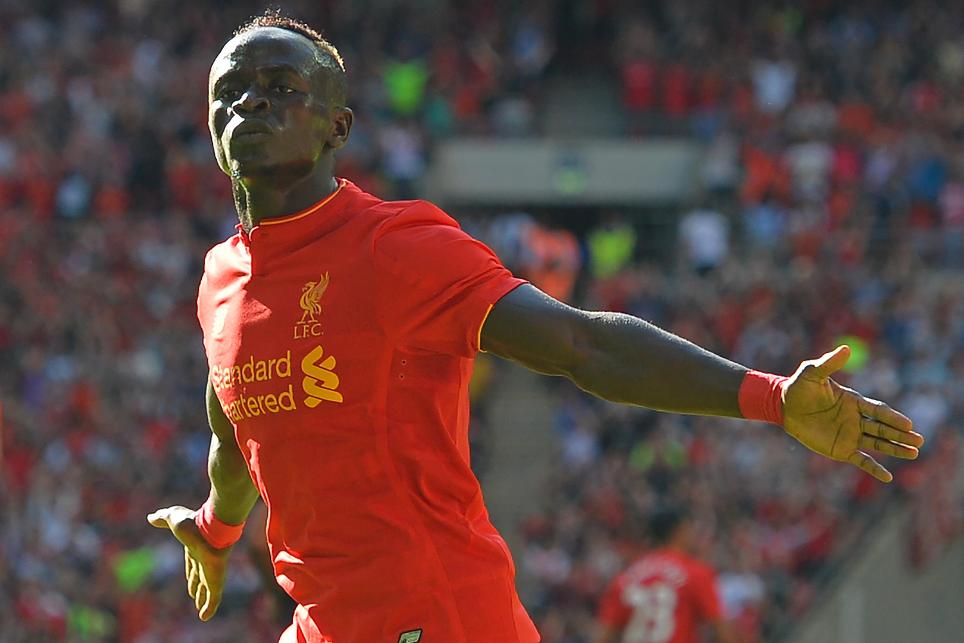 Liverpool have not beaten Arsenal since an unforgettable 5-1 thrashing at Anfield in February 2014, but recent history suggests the first match of a new campaign is a good time to face Arsene Wenger’s men.

How will Sunday’s glamorous match between the two giants pan out at Emirates Stadium? Adrian Clarke tells us what to expect.

Arsenal and Liverpool usually serve up absorbing contests, and this weekend’s meeting is unlikely to buck the trend.

With both managers troubled by defensive concerns ahead of kick-off, each are likely to be encouraged to play with even more positive intent than usual.

Wenger has to decide whether to pair youngsters Calum Chambers and Rob Holding in the heart of his back four, or to shift a full-back (Nacho Monreal or Mathieu Debuchy) inside to play alongside one of the rookies. It’s a difficult call.

Left-back is the area providing headaches for Jurgen Klopp. With Jose Enrique, Brad Smith and Jon Flanagan no longer at the club, he must choose between an out-of-favour Alberto Moreno or James Milner who is in a race to be fit.

Well aware of those potential weak spots and eager to seize on them, I envisage both managers instructing their teams to play on the front foot in enterprising fashion.

This should make for a match packed with chances, which is nothing unusual when Arsenal and Liverpool collide. Their last five Premier League meetings have featured an average of 4.2 goals, and over 33 shots per match.

The menace of Mane

Liverpool new boy Sadio Mane is the player Arsenal will fear most.

When he was at Southampton, Arsenal struggled to cope with his pace, directness and movement. Popping up in dangerous areas, either running into space or taking defenders on with the ball at his feet, the Senegalese star proved a constant thorn in their side. His unpredictable positioning will again test the home side’s decision-making.

Expected to start on the right, Mane will drop into pockets between the full-back and his closest centre-back and, where possible, in the channel that also separates Arsenal’s rearguard and midfield.

This will ask questions of who in the Arsenal team should get tightest to him. Is it the left-back, the central defender, or perhaps somebody from the midfield?

Depending on the situation, all of the above will have to muck in at some stage. Decisive calls will need to be made, or else he will turn unopposed and wreak havoc.

When Arsenal’s left-back opts to get touch-tight to Mane - I suspect this will happen most often - keep your eye on Liverpool trying to pick out the overlapping runs of Nathaniel Clyne in the space that’s left in behind. The right-back’s marauding down that flank must be closely tracked, when the winger is infield.

Mane enjoys breaking into the penalty area from central positions. When play is building up and he ventures towards the box, it’s imperative for Arsenal’s communication to be clear. Nine times out of 10 it will be down to one of the centre-backs to take responsibility for him.

It’s not hard to understand why Klopp was so eager to bring the 24-year-old to Anfield. Flexible enough to play in any of the forward positions, his speed and trickery will stretch opponents in a way Liverpool could not last term. Excellent at recovering possession high up the pitch, he is also an attacker who will buy into his manager’s methods.

With a touch more polish in front of goal, Mane is capable of netting more than the 11 goals he scored last term, when he was the joint second-highest scoring Premier League midfielder.
Arsenal will be acutely aware of the threat he poses on Sunday.

Arsenal and Liverpool have both been noticeably aggressive with their pressing during pre-season. Based on what we have seen this summer, both sets of players will hunt in packs to stop the other from playing out from back.

The Gunners didn’t always adopt this approach last term, but with fresh early-season legs and either Alexis Sanchez or Theo Walcott leading the line it will suit them to perform at a higher tempo.

In last weekend’s 3-2 victory over Manchester City, Arsenal won the ball back in advanced areas time and again, scoring their third goal from a quality turnover.

Liverpool also pressed brilliantly in their 4-0 friendly win against Barcelona at Wembley Stadium, preventing the Spanish champions from finding any fluency in their passing. They will seek a repeat, and try to knock Arsenal out of their stride.

In last season’s clash at Emirates Stadium (see Figure 1 above) they were quite superb at disrupting Arsenal’s flow. Unsettled by well-organised closing down, Wenger’s players lost the ball more than 30 times inside their own half, gifting a succession of chances in the process.

Arsenal and Liverpool both have defenders who prefer passing out from the back, but they must be extremely careful on Sunday. To avoid unnecessary risks, we may see a lot of longer passes attempted.

Inside the midfield, the sharpest minds will prevail. The team who find the greater cohesion with bright, one and two-touch passing is likely to gain control. Time on the ball will be minimal.

I wouldn’t be surprised to see Arsenal and Liverpool mirror one another stylistically on the opening weekend.

They will both look to be hostile with their pressing, all four full-backs will try to fly forward whenever they can and, in Aaron Ramsey and Georginio Wijnaldum, they each have an attacking midfielder who wants to regularly break into the box.

Unusually, there is also a strong possibility that both managers will opt to start with a withdrawn centre-forward, in preference to a target man. Alexis Sanchez and Roberto Firmino are in pole position to fulfil those roles.

I don’t think there’s any doubt that these two Premier League big guns are stronger from the halfway line onwards, and with neither back four at full strength or especially convincing, we should see a glut of opportunities created.

Just like recent meetings between these two clubs, the goalkeepers should be kept nice and busy.