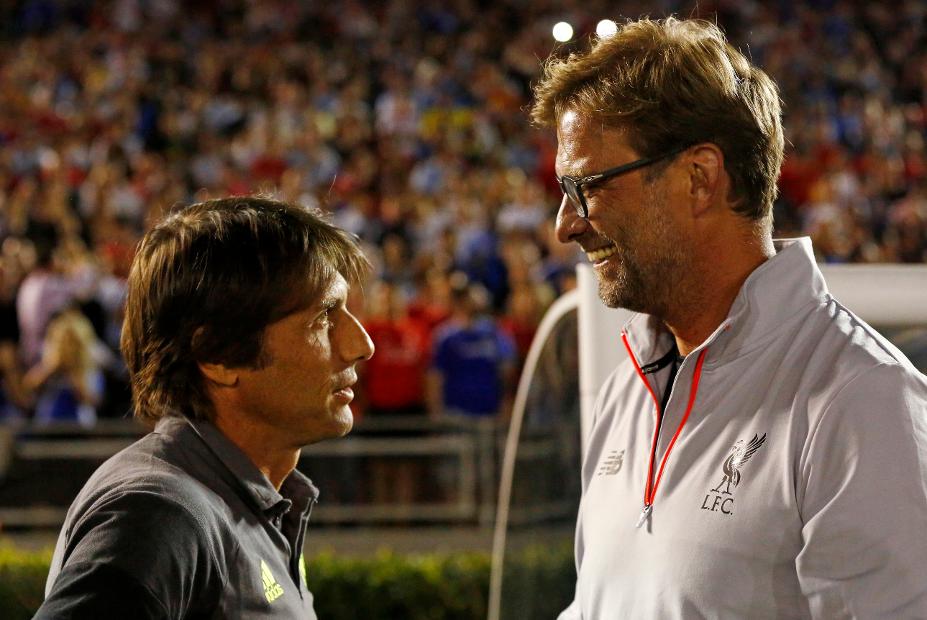 Klopp: Brighton is our most important game yet External Link

There are still issues to be decided at the top end and bottom of the Premier League ahead on the final day of the season.

Liverpool and Chelsea are vying for the final spot in the top four, and Jurgen Klopp's team have the advantage.

They are fourth, two points ahead of Chelsea, with a goal difference of +42, compared with Chelsea's +27.

Avoiding defeat at home to Brighton & Albion on Sunday would be enough for Liverpool, assuming Chelsea do not win by 16 goals at Newcastle United.

However, if the Reds suffer a shock loss at Anfield, a Chelsea win by any scoreline, would earn them fourth place.

At the bottom of the table, Swansea City still have a chance of avoiding relegation, albeit very slim.

Swansea are three points behind Southampton, with an inferior goal difference of -27, to the Saints' -18.

Carlos Carvalhal's side must beat Stoke City at the Liberty Stadium and hope Southampton lose at home to Manchester City, with a 10-goal swing.

So, for example, a 5-0 win for Swansea coupled with a 5-0 defeat for Southampton would relegate the latter.