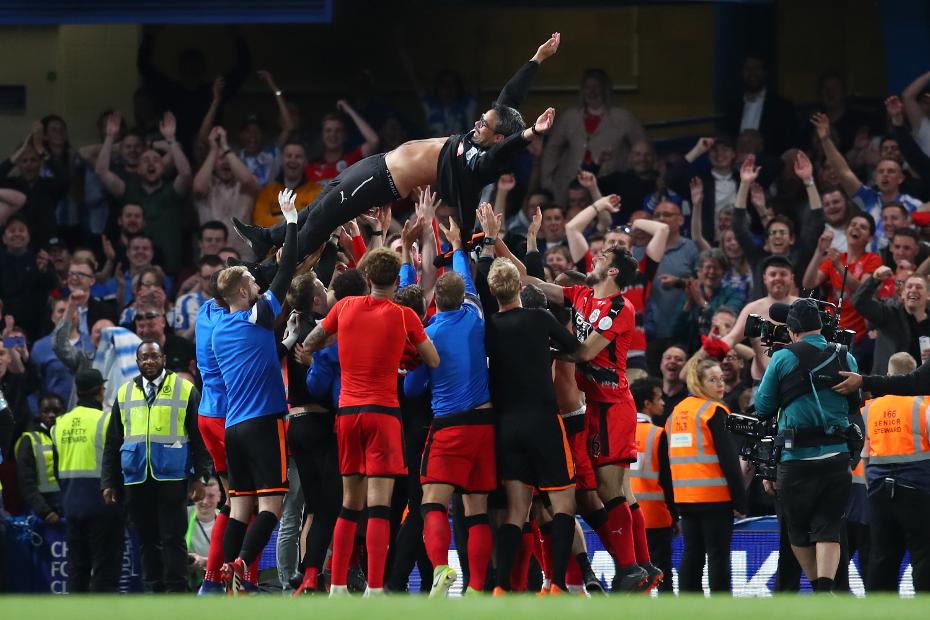 Schindler: It was an unbelievable feeling External Link

The 1-1 draw that Huddersfield Town secured at Chelsea last night not only earned them a second season of Premier League football, it also brought about a rare feat.

The Terriers became the third and final team promoted from the Championship last season to secure their top-flight status this campaign.

Brighton & Hove Albion did so with their win over Manchester United on 4 May, while Newcastle United were also guaranteed their place in the division this month.

So for only the third time in Premier League history, all three promoted teams secured a second consecutive season in the competition.

This first happened in 2001/02, when Fulham, Blackburn Rovers and Bolton Wanderers all came up and stayed up.

Then, six years ago, Norwich City, Swansea City and Queens Park Rangers all adapted swiftly to life in the Premier League to avoid the drop in 2011/12.

Next season, the three teams coming up from the Championship, Wolverhampton Wanderers, Cardiff City, and one of Fulham, Aston Villa, Middlesbrough and Derby County, will be hoping they can make it an unprecedented double.