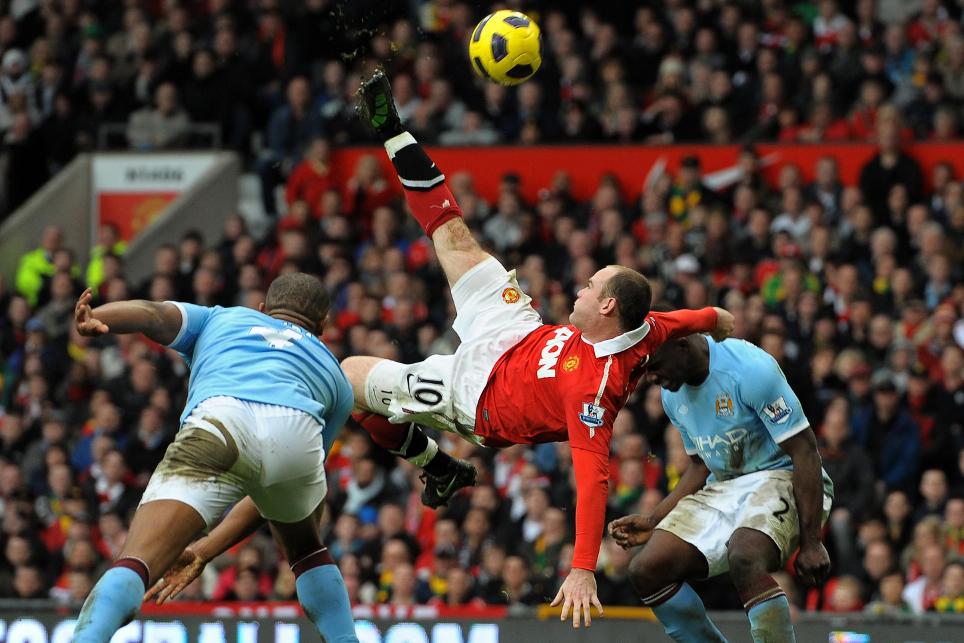 Second in the all-time Premier League scoring charts, Wayne Rooney has a host of goals to choose from as his favourite in the competition.

Rooney's top-flight career began at Everton in sensational style against Arsenal, but it was at Manchester United where the England forward has netted most of his Premier League goals.

On Saturday 12 February 2011, Manchester City headed to Old Trafford knowing a win would put them two points behind their rivals at the top.

Rooney had other ideas and in the 78th minute Nani's deflected cross looped in the air for United's forward to fire in an acrobatic strike to give the home side a 2-1 victory.