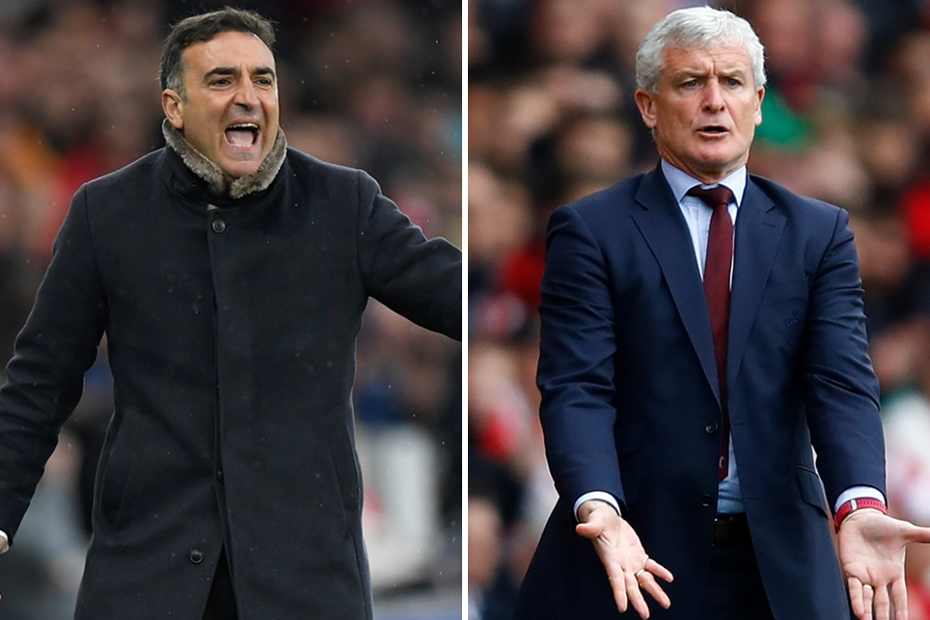 The weekend's results have left four clubs seeking to avoid the two remaining relegation places and joining Stoke City in the Championship.

We look at the four sides battling to beat the drop, starting with two crucial midweek matches.

Their battling point at Manchester City on Sunday means a win away at Chelsea on Wednesday combined with a draw the previous evening between Swansea City and Southampton would be enough for David Wagner's team to stay up.

Otherwise they may need to avoid defeat on 13 May at the John Smith's Stadium in Arsene Wenger's final match as Arsenal manager.

Four points from two matches have lifted Southampton out of the bottom three for the first time in two months.

Saints know victory at Swansea on Tuesday will all but confirm their safety, given their superior goal difference over the Welsh club. Otherwise they face a tough home match with champions Man City on the final day.

Back in the bottom three for the first time since the beginning of March, Swansea are struggling for form with just three points from their last seven matches.

Beating Southampton would not guarantee safety but would mean they would need only a point on their final-day match at home to Stoke.

It would surely be the greatest escape yet if Darren Moore can steer the Baggies clear. But they need firstly for Swansea and Southampton to draw on Tuesday, then both to lose their final matches.

A win in their final fixture at Crystal Palace and a big swing in goal difference would put all previous remarkable turnarounds by clubs at the bottom of the table in the shade.