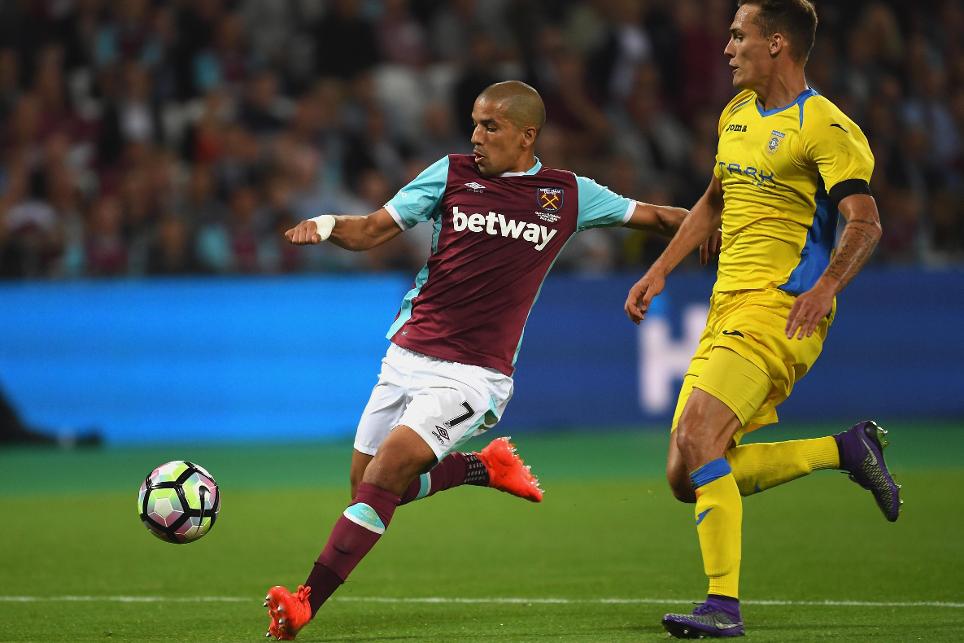 The acquisition of Dimitri Payet helped transform West Ham United’s fortunes in 2015/16, and the Fantasy Premier League Scout believes Sofiane Feghouli can make a similarly significant impact this time round after his summer move.

Arriving from Ligue 1 club Marseille, playmaker Payet was instrumental in guiding the Hammers to a seventh-placed finish, producing nine goals and 13 assists in Fantasy Premier League.

Despite being restricted to 30 appearances due to injury, Payet was second only to Arsenal’s Mesut Ozil in the new ICT Index for Creativity, by a score of 1848 to 2405.

At times, though, Bilic's side were too reliant on Payet to provide a creative spark. He made more than double the number of key passes of any team-mate, with Mark Noble the next best on 50.

The arrival of winger Feghouli should relieve the burden on Payet.

Snapped up from Spanish side Valencia, the Algerian created a chance every 48.4 minutes last season, a frequency quicker than any West Ham midfielder aside from Payet.

At a price of £5.5million in FPL, he is already showing early promise as a value asset.

Handed a role on the Hammers’ right, the winger has found the net twice during the summer, including a late strike in the recent UEFA Europa League win over NK Domzale.

Feghouli will be confident of retaining a starting berth when the domestic season gets underway.

With Bilic favouring Michail Antonio (£7.0m) at right-back, the Algerian has an immediate opportunity to cement a regular role in the final third.

Prior to a disappointing previous campaign, where he fell out of favour at Mestalla, Feghouli produced 19 goals and 24 assists over four seasons in the Spanish top-flight.

If he can rediscover that sort of form, it will not be long before FPL managers come calling as the Hammers prepare to host AFC Bournemouth and Watford at the London Stadium in the first four Gameweeks.