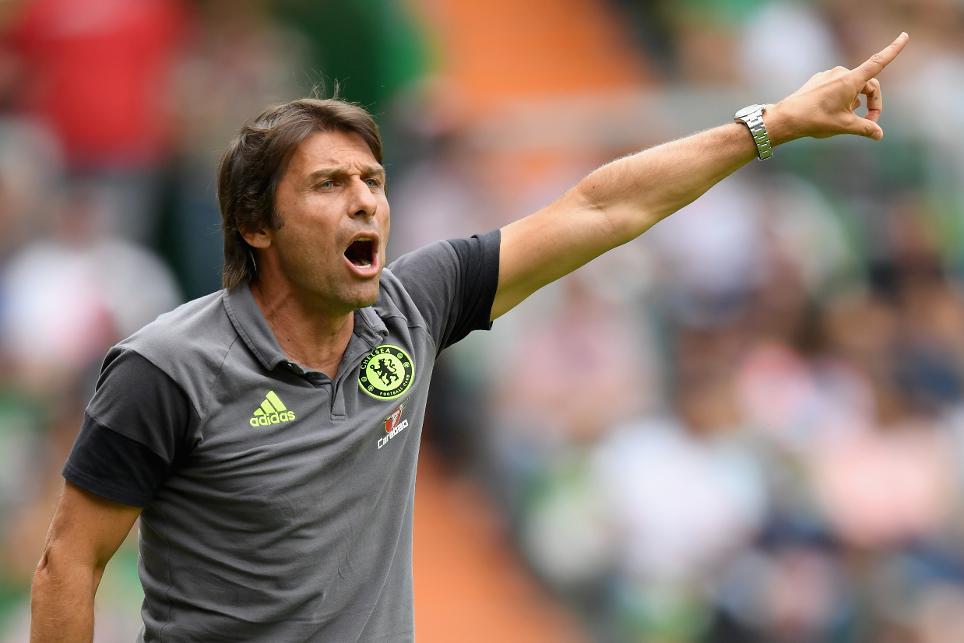 Mazzarri may look to give Watford width
'Karanka looking to build on Boro's solid foundations'
Conte: Everybody is working hard External Link

With the 2016/17 Premier League less than a week away, Adrian Clarke assesses the five managers who are making their debuts in the competition, looking at their philosophy and what’s on their “To Do list”.

Toying with the idea of deploying Chelsea in a bold 4-2-4 formation has caused quite a stir this summer, but it’s unlikely Conte, the new head coach, will settle on that, or any fixed system just yet.

If Conte does unleash a “front four”, he would only do so from a solid base.

That would mean Chelsea’s full-backs sitting back a touch more than usual, and the defensive pairing of N’Golo Kante and Nemanja Matic scurrying around the midfield breaking up play. Without the ball, it would also spring back into a 4-5-1 of sorts.

It will be interesting to see where Cesc Fabregas fits into his plans. There’s a feeling that Conte would like to use the quicker, more mobile Eden Hazard, Bertrand Traore or Ruben Loftus-Cheek in a central role behind the striker.

Fabregas’s best hope for a starting place would appear to be within a three-man midfield.

No matter which formation Conte lines his players up in, you can be certain they will be ferociously hard working.

This was not their forte in 2015/16. Last season AFC Bournemouth ran more than 365km further than Chelsea’s players, who also sprinted far less often than most of their rivals.

Sitting back, soaking up pressure for long periods is not Conte’s way.

On the eve of Euro 2016, where he was coaching Italy, he said: “I do not play on the counter. I never even train counter-attacks. It is not in my concept of football.

“Counter-attacks are when you sit back and then propel yourself forward at pace.”

Instead, as soon as possession is lost Chelsea will get tight to opponents, press them, and try to win it back at the earliest opportunity.

The Italian’s defensively philosophy is an aggressive one. He demands his men apply pressure and close down space all over the pitch.

To thrive under their new head coach, the Chelsea players will need to up their workrate and passion levels in 2016/17.