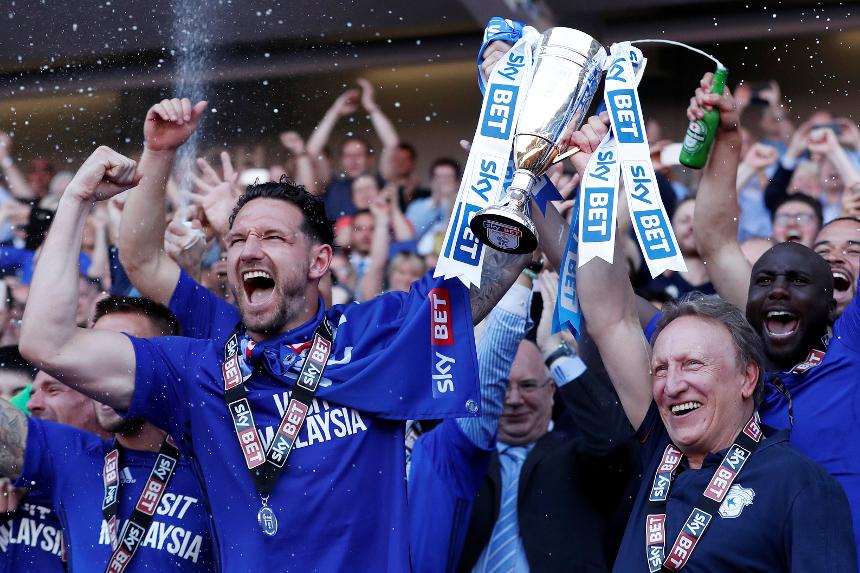 Cardiff City have been promoted to the Premier League after they secured second place in the Championship on the final day of the season.

Their goalless draw at home to Reading, combined with Fulham's 3-1 defeat at Birmingham City, was enough to secure Premier League football for the second time.

Cardiff's only Premier League campaign so far was in 2013/14.

While they will join Championship winners Wolverhampton Wanderers in the Premier League, Fulham will compete in the play-offs for the third promotion place with Aston Villa, Middlesbrough and Derby County.

Cardiff will find out whom they play in the Premier League when the fixtures are released at 09:00 BST on 14 June.