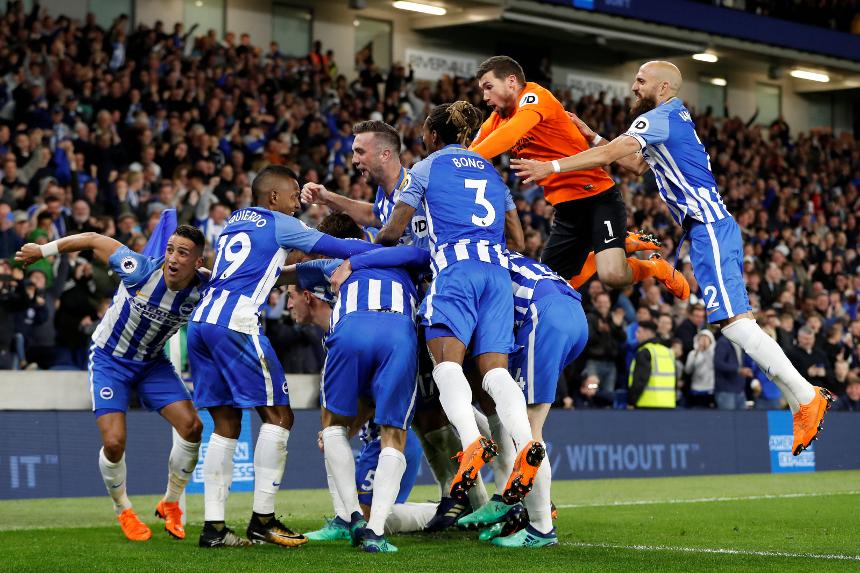 Pascal Gross scored the only goal of the match to lift the Seagulls up to 11th, on an uncatchable 40 points, with their first win in seven matches.

United had the ball in the net inside three minutes but after Marouane Fellaini's effort was ruled out for offside, Brighton took control.

Glenn Murray and Anthony Knockaert both forced good saves from David De Gea before Gross struck in the 57th minute.

The German's header from Jose Izquierdo's cross was confirmed by the Goal Decision System to have crossed the line, denying De Gea at least a share of the Golden Glove.

Second-placed United could not find an equaliser as they suffered away defeats to all three promoted clubs in the same season for the first time.