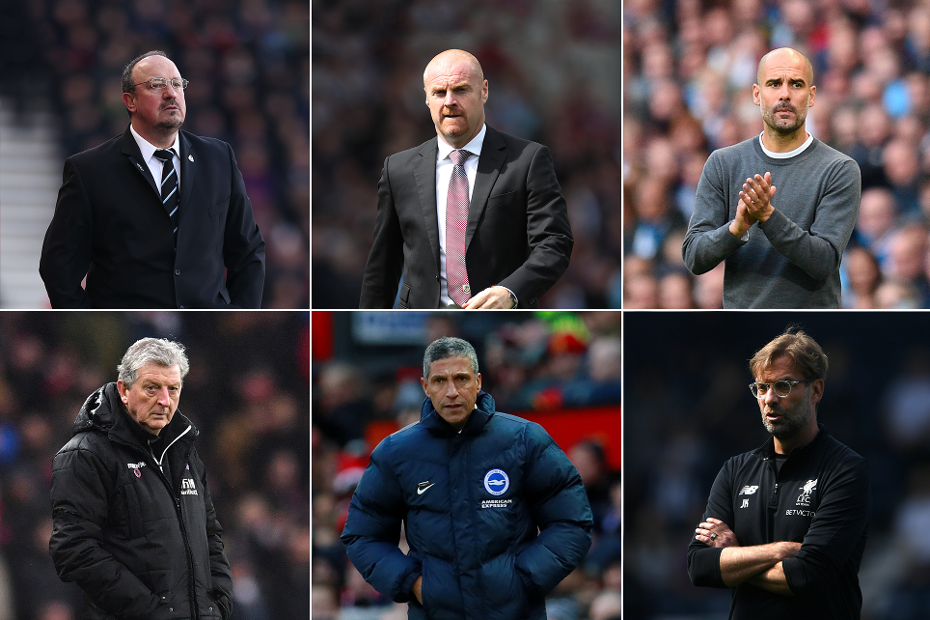 Choose who wins the 2017/18 award out of Dyche, Benitez, Guardiola, Hodgson, Hughton and Klopp

Six men have been nominated for the Barclays Manager of the Season award, and you can help to decide the winner.

Barclays Manager of the Season shortlist

Working with largely the same squad of players who earned Newcastle United promotion, the Spaniard has worked his magic to secure Premier League football for next season.

Starting with their victory at reigning champions Chelsea on the opening weekend, Dyche has masterminded Burnley's surprise march towards qualification for European football.

With many records fallen and more set to be broken before the season finishes, Guardiola's Manchester City have stormed to the title in a style that has enthralled fans all over the world.

Taking over a team who had yet to win a point, the local veteran inspired a turnaround in Crystal Palace's fortunes to keep them in the top flight, despite injuries ravaging his squad.

The German's Liverpool team have been one of the competition's most entertaining, with only Man City outscoring them. Klopp has also guided them to a first UEFA Champions League final for a PL club in six years.

Your vote will be combined with those of a panel of football experts to decide the winner.

Manager of the Season

Vote for your Barclays Manager of the Month