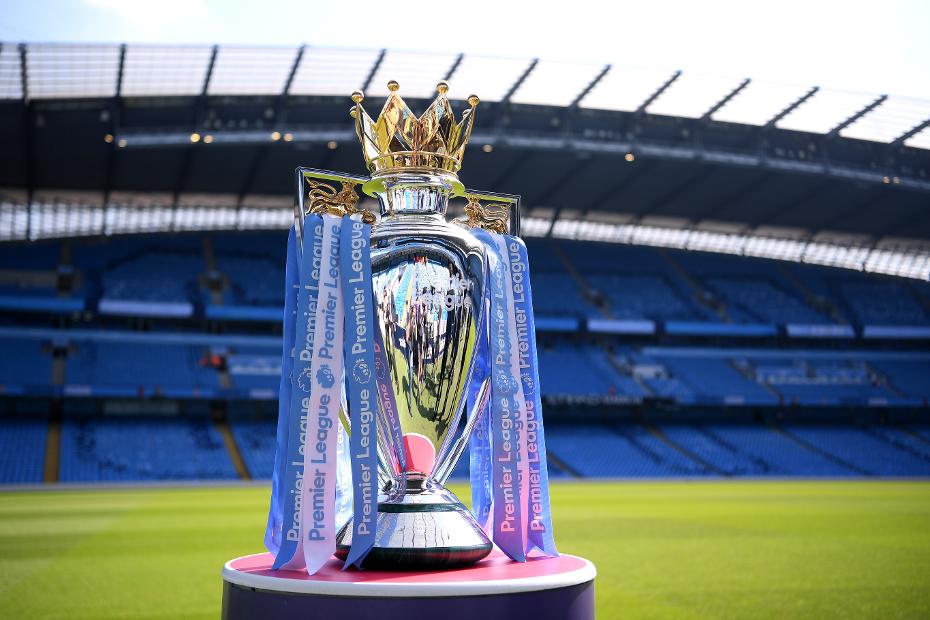 Captain Vincent Kompany will lift the Premier League Trophy for the third time on Sunday, after champions Manchester City have faced Huddersfield Town at the Etihad Stadium.

It was cast by Asprey London, the Crown Jewellers, with the main body made from solid sterling silver. The crown is cast from 24-carat silver gilt.

The base is made from Malacite, a semi-precious stone found in Africa, with the green colour of the opaque stone representing the field of play.

The design of the trophy is based on the theme of "The Three Lions of English Football".

Two of the lions are above the handles on either side. When the captain of the title-winning team raises the trophy, and its gold crown, above his head at the end of the season, he becomes the third lion.