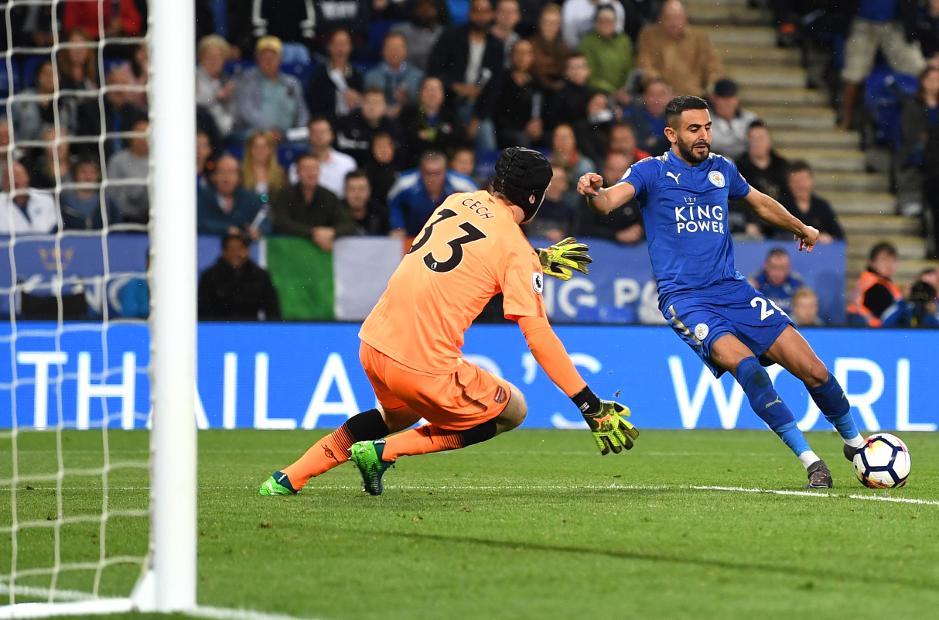 Second-half goals by Jamie Vardy and Riyad Mahrez helped Leicester City overcome Arsenal 3-1 for their first Premier League victory over the Gunners since 1994.

Leicester took the lead at King Power Stadium when Kelechi Iheanacho scored his second league goal of the season on 14 minutes.

A minute later Kostantinos Mavropanos was sent off for the visitors after bringing down Iheanacho.

Sead Kolasinac hit the post after the break for Arsenal but Pierre-Emerick Aubameyang levelled on the rebound after his initial effort had been saved.

Henrikh Mkhitaryan then fouled Demarai Gray in the area, enabling Vardy to record his sixth goal in as many PL matches against Arsenal, from the penalty spot.

Mahrez added a third in the 90th minute to take ninth-placed Leicester two points behind Everton, in eighth.