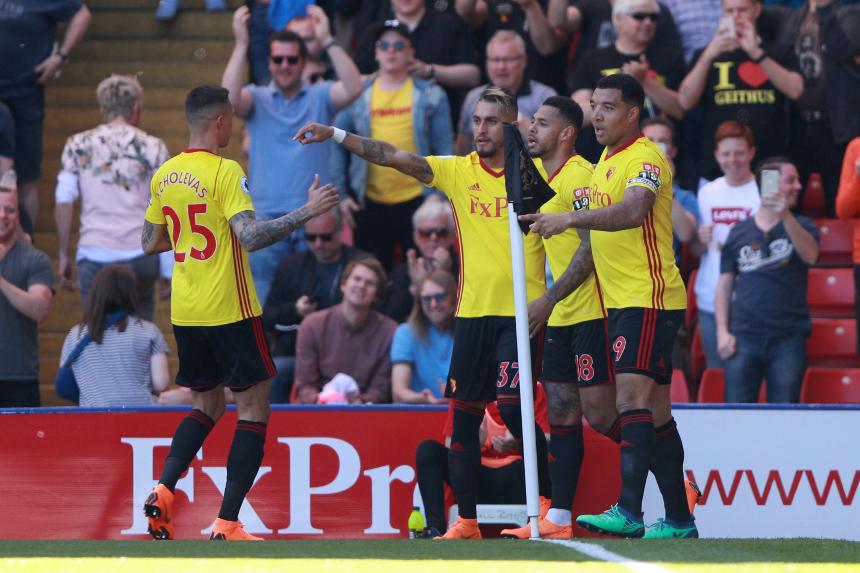 Watford confirmed their Premier League status with a 2-1 win over Newcastle United at Vicarage Road.

Roberto Pereyra scored the opening goal after only two minutes and then crossed for Andre Gray to head in the second.

Newcastle would have fallen further behind but for the first-half heroics of Martin Dubravka.

The goalkeeper made a brilliant double save before stopping a Troy Deeney penalty and the striker's rebound.

Ayoze Perez pulled a goal back on 55 minutes for the visitors from Javier Manquillo's deep cross.

But the Magpies could not find an equaliser and remain 10th, level on 41 points but three places above Watford.