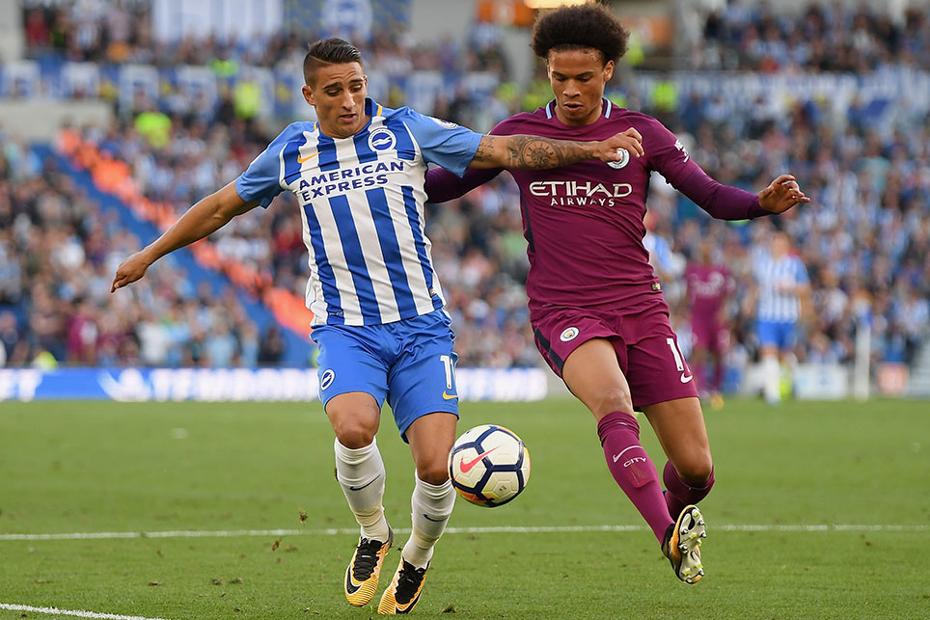 Brighton & Hove Albion have reported no new injury concerns ahead of their trip to Etihad Stadium.

Manchester City have not hosted Brighton & Hove Albion in a league match since September 1988, a 2-1 win at Maine Road with goals from Ian Brightwell and Paul Moulden.

In seven previous league visits to Man City, the Seagulls have failed to win any, drawing two and losing five. This is their first visit to the Etihad Stadium.

Brighton have not won away from home at either of the Manchester clubs in 17 attempts in all competitions (D4 L13).

City are the highest goalscorers in PL home matches this season, with 58 goals, while Brighton have scored the fewest on the road, with nine goals.