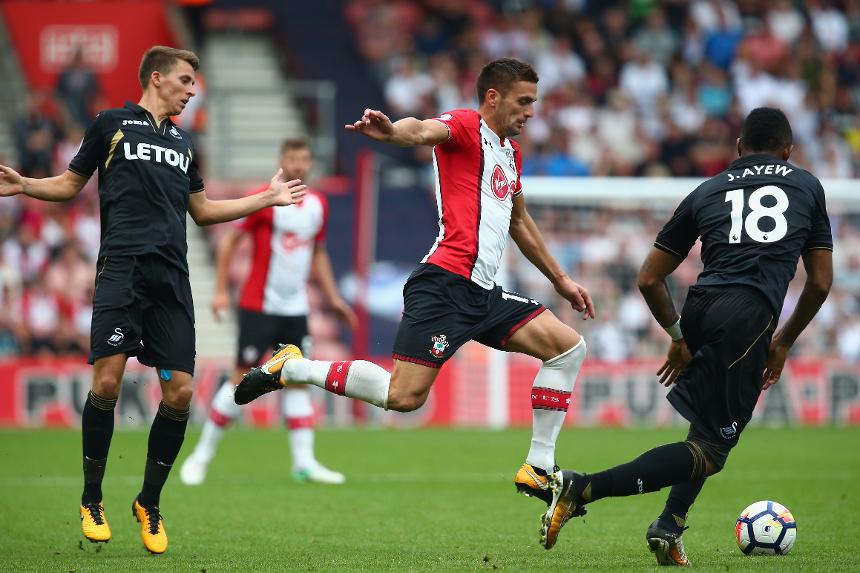 Defender Kyle Naughton is hoping to shake off an illness and feature for Swansea City, but Leroy Fer (Achilles), Wilfried Bony and Kyle Bartley (both knee) are out.

For Southampton Maya Yoshida is suspended after his red card at Everton. Mario Lemina (hamstring) is a doubt.

Swansea City have won just two of their 11 Premier League meetings with Southampton, drawing three and losing six. They have not scored in seven of those matches.

The last time Swansea started a Premier League match in the relegation zone, on 3 March, they beat West Ham United 4-1.

Six of Southampton’s last 10 away Premier League victories have been against sides starting that day in the bottom three.

Southampton manager Mark Hughes has already beaten Swansea in the Premier League this season, winning 2-1 in December when he was manager of Stoke City.

Swansea: Roberts: We can get over the line
Southampton: Redmond: We'll fight for you