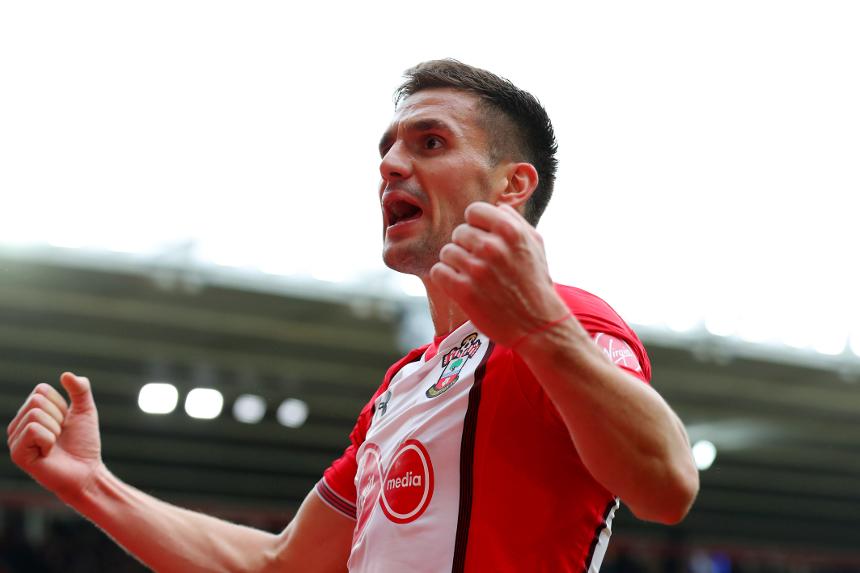 After a nervous start Saints took the lead when Mario Lemina fed Tadic (pictured), who slotted past Asmir Begovic.

AFC Bournemouth went into half-time level when Joshua King converted a corner at the far post.

Southampton restored their lead as Tadic robbed Steve Cook and advanced to score on 54 minutes.

Alex McCarthy had to make two great late saves for Mark Hughes's side to secure the win that takes them to 32 points.

They move to only one point behind Swansea City, who are 17th.