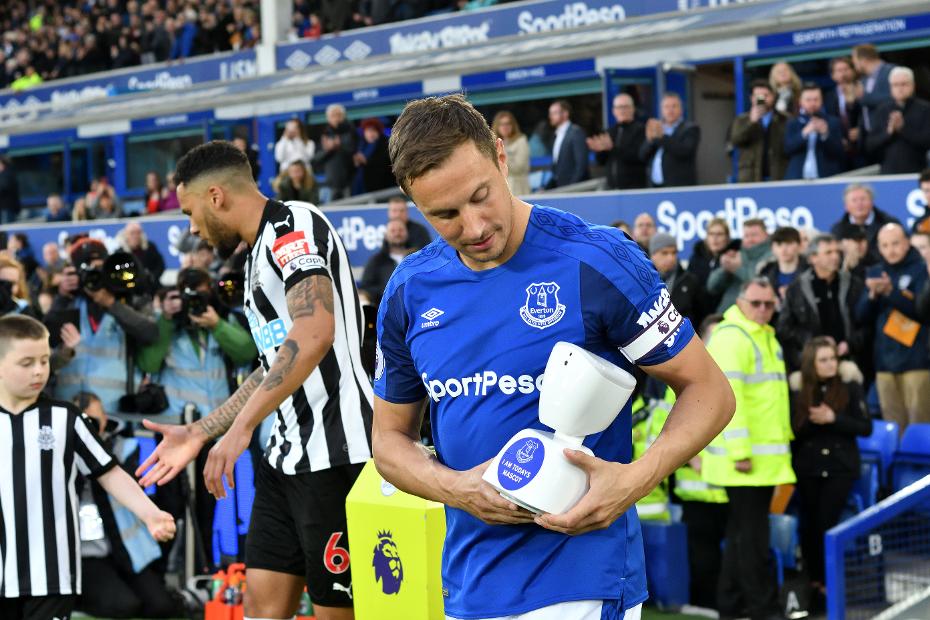 Jack McLinden dreamt of being a mascot for Everton.

But multiple health conditions mean that the 14-year-old from Merseyside needs his own oxygen supply and uses a wheelchair, which severely restricts his mobility.

But even if he was unable to be at Goodison Park for Monday's home fixture against Newcastle United in person, he was able to be the mascot, all thanks to technology.

With a robot and the connection to his iPad, Jack became the world's first virtual matchday mascot, enjoying all that the role entails from his own bed in Liverpool.

He had a first-person view of behind the scenes at Goodison Park, and an integrated speaker and microphone meant he could hear and talk to people at the stadium.

Through his robot, Jack met Everton's players in the changing room and tunnel, and was carried on to the pitch by captain Phil Jagielka in front of a crowd of more than 39,000 people.

The device has been designed and manufactured by No Isolation to help reduce feelings of isolation for children and young adults with long-term illnesses.

Jack is also receiving care and help from the leading UK children's charity WellChild, who helped to set up the groundbreaking project.

"The most important thing for everybody at the Club is that we have had the opportunity, through this amazing technology and the work with No Isolation and WellChild, to do something incredible for an inspirational young Evertonian," Scott McLeod, head of engagement at Everton, said.

"We are thrilled to have had the chance to do this for Jack and we hope it has provided him with a memory he will always treasure."

The full story behind last night's ground-breaking experience, as together with @_noisolation and @WellChild, we helped a child too sick to travel from home to become the world’s first ‘virtual matchday mascot’... pic.twitter.com/Hs6CUFkgfL