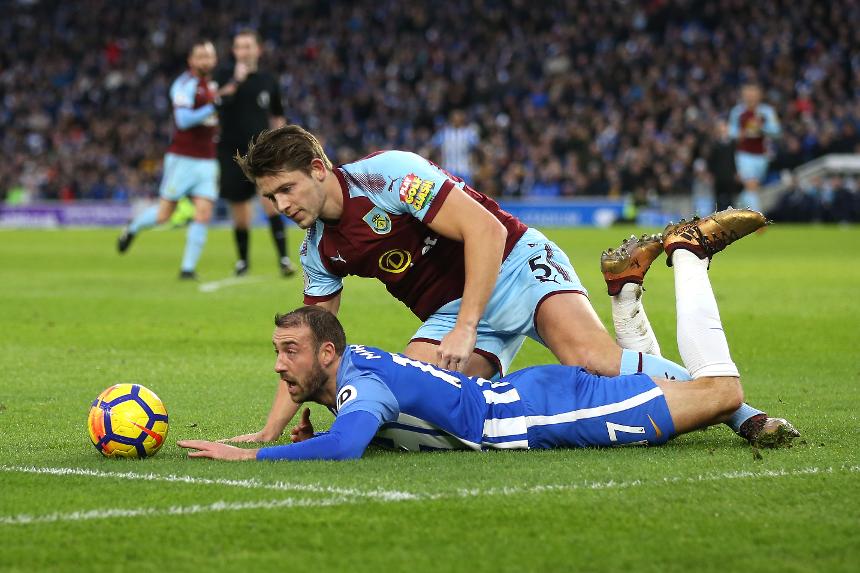 Brighton & Hove Albion will be without Davy Propper (suspended) and Steve Sidwell (ankle).

Sean Dyche has faced Brighton six times as Burnley manager without winning. Tottenham Hotpsur are the only side he has faced more and not won, with eight.

Ashley Barnes has scored in six of his last eight Premier League matches. His goal at Stoke in Matchweek 35 made him the first Burnley player to reach 20 goals in the competition.

Brighton's Glenn Murray is the highest-scoring PL player who’s yet to assist a goal this season. His 12 goals are the most in a PL season since Demba Ba's 15 without assisting in 2012/13.