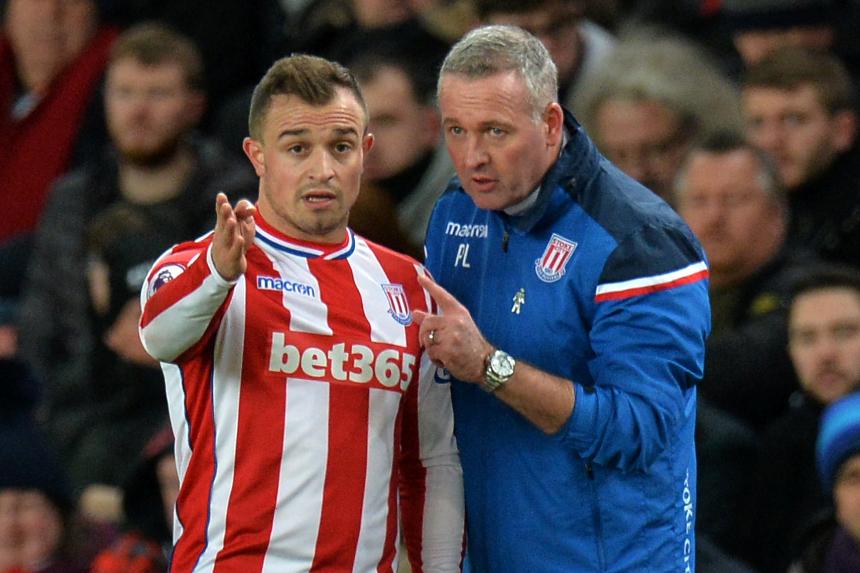 Liverpool will be without Alex Oxlade-Chamberlain, who suffered a season-ending knee injury against Roma in the UEFA Champions League.

Sadio Mane has a chance of playing despite an injury that Jurgen Klopp describes as "not that serious", while Emre Can (back) and Adam Lallana (thigh) are not expected to return. Joel Matip (thigh) is out for the season.

Stoke City's Glen Johnson (groin) is struggling to be fit. Eric Maxim Choupo-Moting (also groin) is not yet ready to return and Konstantinos Stafylidis (rib) is a long-term absentee.

Liverpool have not lost any of their previous 54 home top-flight matches against Stoke City (W43 D11), the longest unbeaten home run by one team against another in top-flight history.

No side have conceded the first goal of a Premier League match this season more often than Stoke (21), while only Manchester City (28) have opened the scoring more often than Liverpool's 24.

Stoke's Paul Lambert has never lost an away match at Anfield as a manager, winning three and drawing two of his five matches in all competitions.

Mohamed Salah has scored 31 PL goals this season and one more will make him the outright top scorer in a 38-match campaign in the competition.