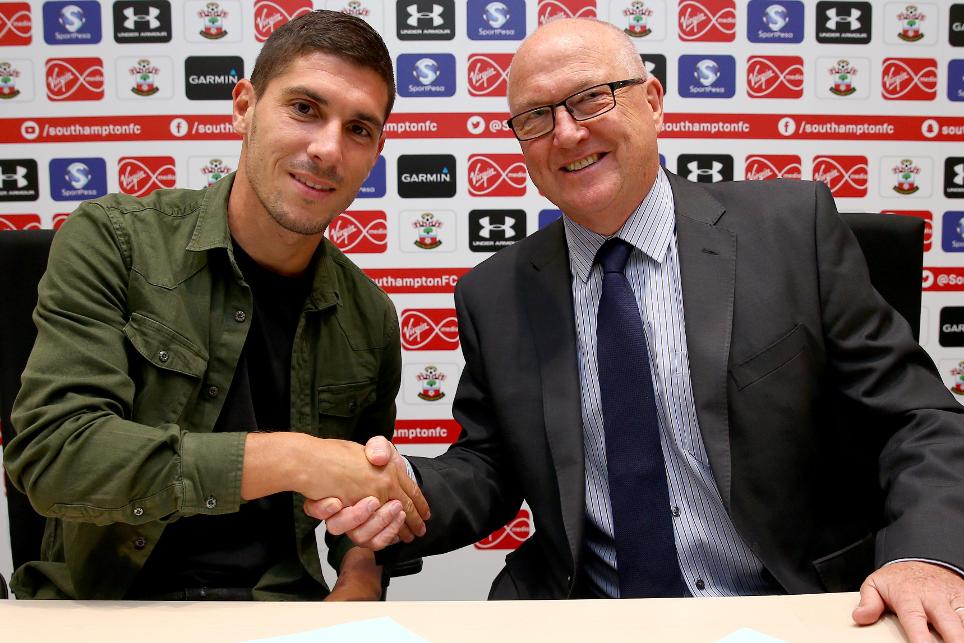 Defender and goalkeeper complete moves to the South Coast

Pied: I give everything out on the pitch External Link

Southampton have made a double signing with the captures of defender Jeremy Pied from Nice and goalkeeper Alex McCarthy from fellow Premier League club Crystal Palace.

Pied, 27, has signed a two-year deal after moving from the Ligue 1 side on a free transfer following the expiration of his contract.

It is the third time that Pied has played under Southampton manager Claude Puel, having done so at Lyon and Nice.

"I am very happy to be able to join this new team," Pied told saintsfc.co.uk. "I'm very proud. The English league is a very attractive one and it was a goal of mine to be able to play in it.

"You only have to look at the facilities and their results over the last few seasons to know that this is a very good Premier League club."

"I'm over the moon to join a club like this," McCarthy told saintsfc.co.uk. "The club is known for producing young players and they've had successful seasons.

"There's the [UEFA] Europa League to look forward to this season, so there's going to be a lot of games. With the stature of the club, I'm honoured to be here and I'm looking forward to getting working with everyone."

The move comes three days after Puel allowed Paulo Gazzaniga to leave for Rayo Vallecano on a season-long loan.

McCarthy, capped at England Under-21 level, leaves Palace after a single season at Selhurst Park, featuring on seven occasions in the 2015/16 Premier League campaign.

The former Reading and Queens Park Rangers 'keeper has 23 PL appearances to his name in total.

Pied and McCarthy are Southampton's third and fourth recruits of the summer transfer window, following the arrivals of Nathan Redmond and Pierre-Emile Hojbjerg.

Southampton start the 2016/17 season at home to Watford on Saturday 13 August.