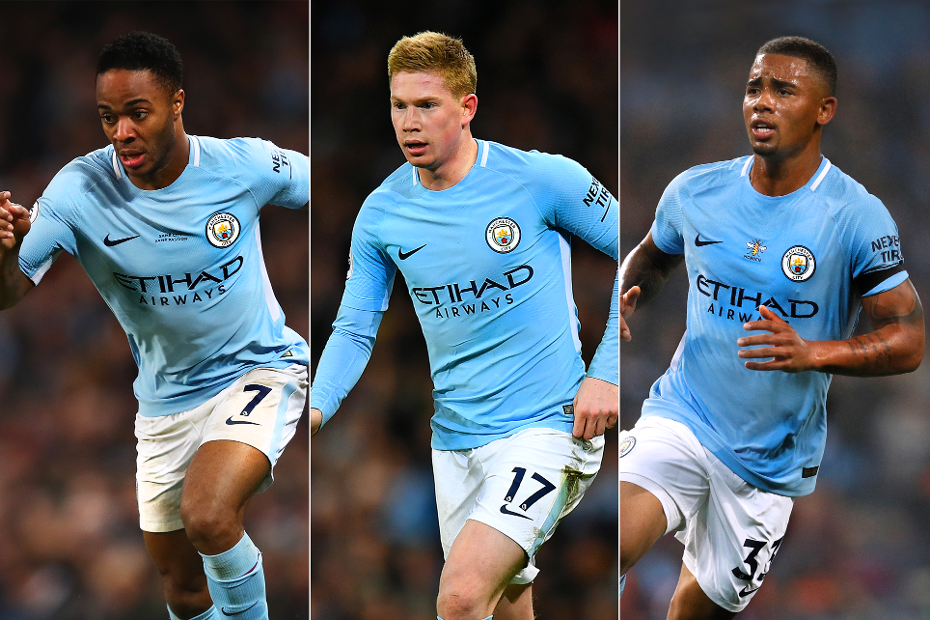 For managers looking beyond Liverpool winger, The Scout says players from the champions can be strong alternatives

Mohamed Salah (£10.5m) has a strong case for the armband ahead of his trip to West Bromwich Albion, but City's options should not be overlooked.

The 2017/18 champions host on Sunday a Swansea City side who have struggled defensively on their travels.

They have kept only one clean sheet in their last 14 away matches, and have faced 285 shots, a total only West Ham United exceed, with 302.

He is the most-bought player in the Gameweek, with more than 88,000 new owners.

This is after he produced two goals and three assists over his last four appearances.

But Kevin De Bruyne (£10.3m) has been Man City’s most explosive provider of points at Etihad Stadium.

The Belgian's total of six double-figure scores at home is more than any team-mate.

A look at the reverse fixture highlights a fourth City midfielder.

David Silva (£8.2m) produced two goals and a season-best tally of 16 points against Swansea at Liberty Stadium in Gameweek 17.

With injured Sergio Aguero (£11.6m) possibly missing the rest of the season, Gabriel Jesus (£10.0m) has become the hot property among FPL forwards.

He is the most-bought striker ahead of Saturday's 11.30 BST deadline.

More than 75,000 managers have brought in the Brazilian, who has two goals and two assists in three starts since returning to the starting XI.

Jesus also scored both goals in the 2-1 home win over Swansea last season.

Arsenal are another team in action in the reduced Gameweek 35 with the potential to offer big scorers.

They host West Ham, whose 38 goals conceded away from home are more than any other side.

After recent rotation in his starting XI, Arsene Wenger has suggested he will name a strong line-up ahead of Thursday’s UEFA Europa League semi-final, first leg with Atletico Madrid.

This could allow Alexandre Lacazette (£10.2m) to retain a starting role.

Eight of the Frenchman's 11 league goals have been scored at Emirates Stadium.

Pierre-Emerick Aubameyang (£10.7m) has averaged 6.25 points per match since arriving at the club.

He is ineligible to feature in Thursday's European encounter, which could affect his pitch time if Wenger wants to keep sharp the players set to feature against Atletico.