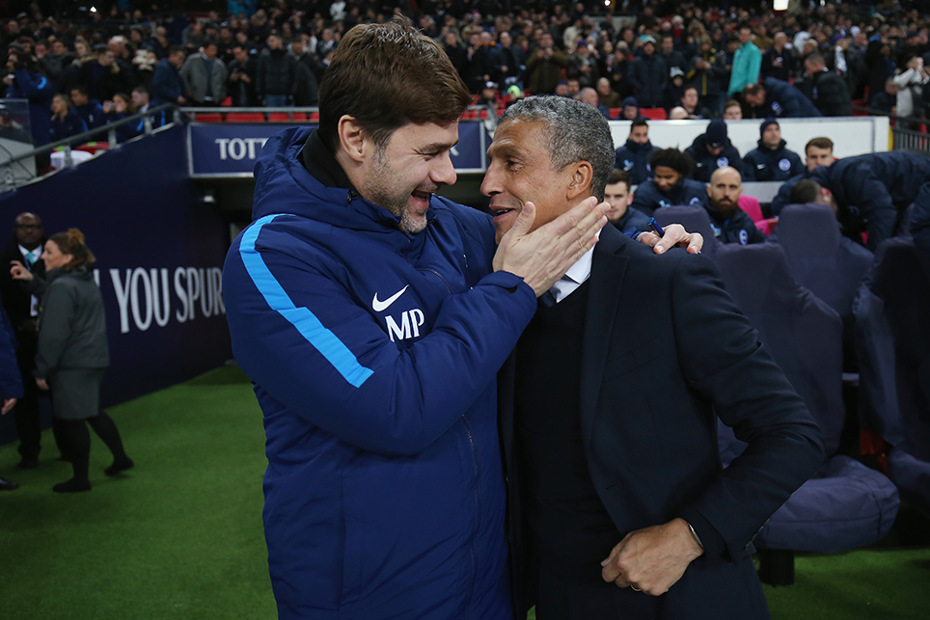 Mauricio Pochettino is wary of Brighton & Hove Albion's giant-killing pedigree when his Tottenham Hotspur side visit the Amex Stadium this evening.

Spurs face a Brighton side managed by Chris Hughton, who spent 13 years at White Hart Lane as a player and then was a coach at the club.

Pochettino says Hughton is a "doing a fantastic job" with his promoted team, who are looking to confirm their Premier League status by continuing their good performances against opponents above them in the table.

"They were fantastic every time they faced a big team – they were capable of beating Arsenal," Pochettino told Spurs’ official website.

"We need the points to keep the gap with Chelsea to try to be sure to be in the Champions League next season but at the same time we are going to find a very aggressive team that play to survive."

⏱️ 🗣️ Get Mauricio's pre-Brighton briefing in a minute ahead of tonight's game at the Amex: #COYS pic.twitter.com/LFw90RDdjp