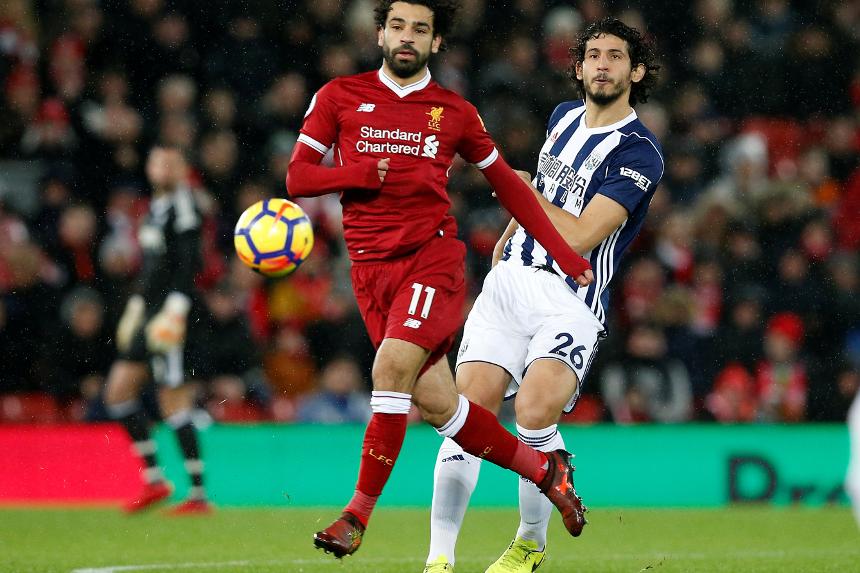 Jonny Evans (knee) and Hal Robson-Kanu (concussion) are back in contention for West Bromwich Albion, while interim manager Darren Moore says Nacer Chadli (thigh) is building up his fitness and "could be included at any time".

But loan striker Daniel Sturridge is unable to face his parent club, while James Morrison (Achilles) and Gareth Barry (knee) are long-term absentees.

Liverpool duo Joe Gomez (ankle) and Dejan Lovren (knock) have returned to training and are available, but Nathaniel Clyne is expected to miss the match due to a muscular issue.

Emre Can (back), Adam Lallana (hamstring) and Joel Matip (thigh) also remain in the treatment room.

West Brom have scored in each of their last seven home PL matches, their longest run since a sequence of eight in January 2016. However, they have won only one of these (D2 L4).

Mohamed Salah is only one goal away from equalling the record for the most goals scored in a 38-match season, jointly held by Alan Shearer, Cristiano Ronaldo and Luis Suarez, with 31.

The pairings of Salah and Roberto Firmino and Salah and Sadio Mane have each combined for seven PL goals this season. This is three short of the competition record for one duo in a single season for Liverpool (10 by Robbie Fowler and Stan Collymore in 1995/96).

West Bromwich Albion: Moore asks 'vital' fans to continue their support
Liverpool: Klopp: Salah is focused on club's goals, not his own