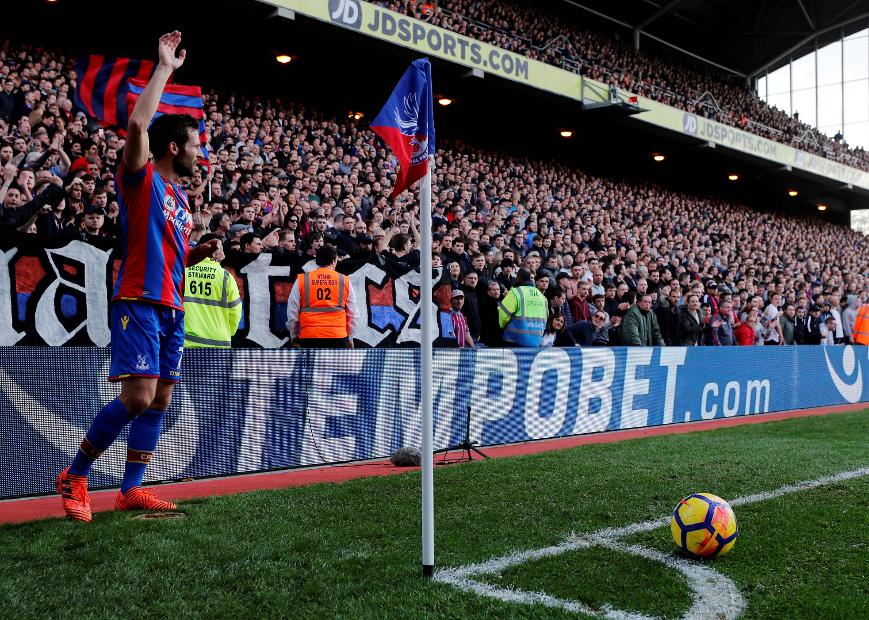 Fifteen of the Eagles' 33 goals this season have come from dead-ball situations, the highest proportion in the league

When Brighton & Hove Albion visit Crystal Palace this weekend they should be wary of giving away fouls.

Luka Milivojevic's precise free-kick at AFC Bournemouth last weekend not only made him the first Palace midfielder to reach 10 goals in a Premier League season, it also maintained the Eagles' high proportion of goals scored from set-pieces.

Of their 33 PL goals this season, seven have been penalties, five have come from corners, two from indirect free-kicks and one, in their last match, a direct free-kick.

It means 45.5 per cent of their goals have been via set-pieces, the highest proportion in the competition.

By way of contrast, only 28 per cent of Brighton's goals have come in that manner.

What about the rest?

Only 11 of Liverpool’s 75 goals have been scored in set-piece situations, or 15 per cent.

In fact, the five clubs with the lowest proportions of set-piece goals are all currently in the top six.

Arsenal are the exception.

While Palace have the highest proportion in the league, the Gunners have scored the most, with 19. Burnley's seven are the fewest.