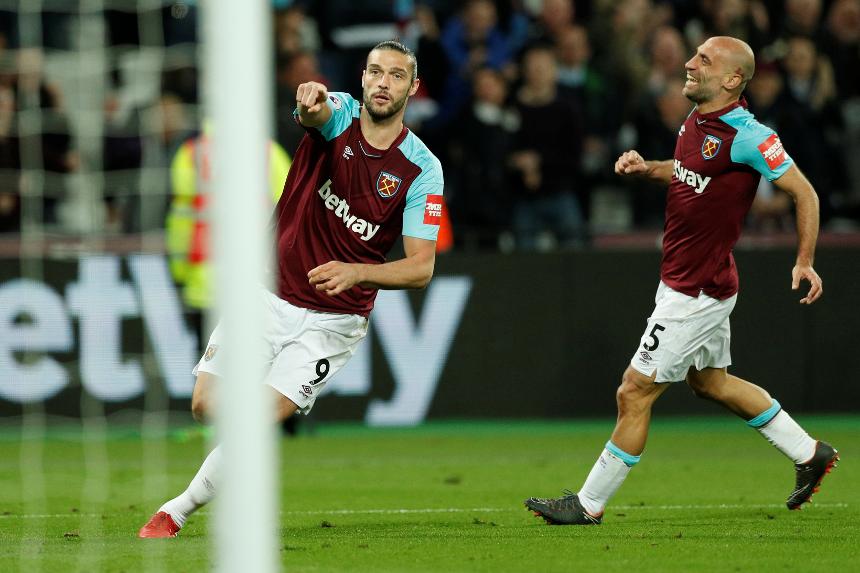 Andy Carroll came off the bench to score a 90th-minute equaliser and rescue a 1-1 draw for West Ham United against Stoke City at the London Stadium.

Stoke City had looked as if they would claim a vital three points in their battle against relegation when substitute Peter Crouch pounced on Joe Hart's spill of Xherdan Shaqiri's shot to put his side ahead on 79 minutes.

With that goal, Crouch is now Stoke's leading Premier League goalscorer with 44 goals.

But West Ham, who earlier had two goals ruled out for offside, piled on the pressure and Carroll volleyed into the bottom corner from Aaron Cresswell's cross.