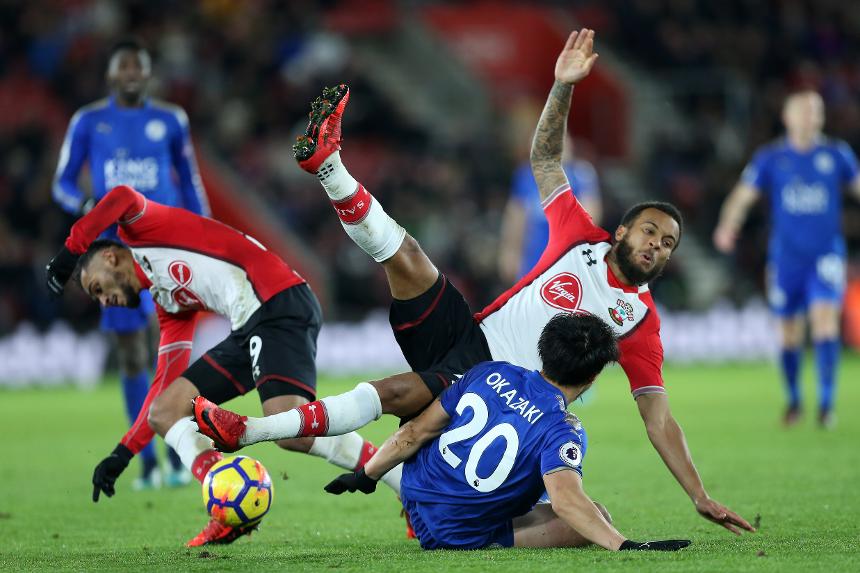 Kasper Schmeichel and Shinji Okazaki both have knocks to the ankle and will be assessed by Leicester City.

Wilfred Ndidi is available again after suspension but Matty James (Achilles) and Vicente Iborra (hamstring) are out. Daniel Amartey (hamstring) is back in training but is unlikely to play.

Southampton will be without Mario Lemina (back) and Sofiane Boufal (illness) but Steven Davis is fit and will travel.

Jack Stephens serves the second of a three-match suspension.

Having won the reverse fixture 4-1 in December, Leicester City could complete a Premier League double over Southampton for the first time since 1999/2000.

The Foxes were defeated by Newcastle United in their last outing at King Power Stadium but have not lost consecutive PL home matches since September, when they were beaten by Chelsea and Liverpool.

Southampton are targeting their first victory in four PL visits to King Power Stadium (D2 L2). Their last top-flight win away against Leicester came at Filbert Street in December 2001.

Charlie Austin has the chance to score in a second successive PL away match within a single season for the first time since April 2015, when he was playing for Queens Park Rangers.

Leicester City: Puel on who might replace Schmeichel
Southampton: Hojbjerg: We have a big responsibility