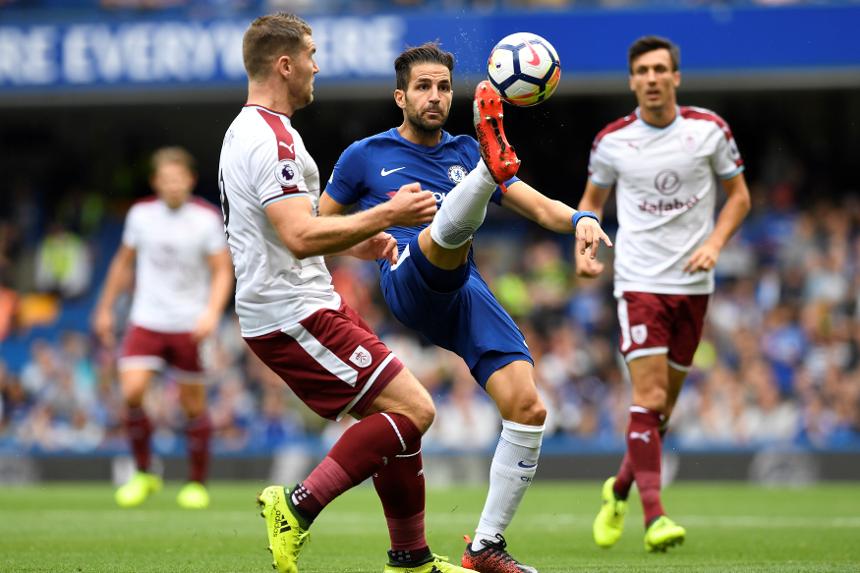 Burnley remain without Ben Mee and Scott Arfield, who both have calf injuries.

Chelsea are without Marcos Alonso for their next three matches in all competitions after the wing-back was given a retrospective ban for violent conduct.

After scoring a brace at Stamford Bridge in the reverse fixture, Sam Vokes has a chance to become the first player to score at least twice in both Premier League meetings with Chelsea in the same season.

Burnley are unbeaten in their last seven PL home matches on a Tuesday, Wednesday or Thursday, winning four and drawing three.

Chelsea have scored in all seven of their PL meetings with Burnley. They only have a longer 100 per cent scoring record against Wigan Athletic (16 matches), Derby County and Portsmouth (14 each).

Cesc Fabregas has been directly involved in three goals in his three PL appearances at Turf Moor, scoring once for Arsenal and providing two assists with Chelsea.