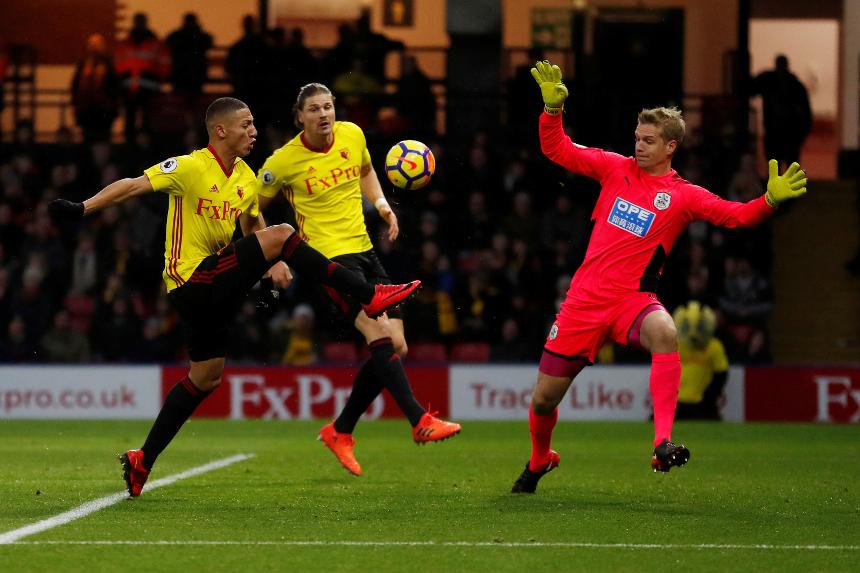 Gracia: We should have killed the game External Link
Match officials appointed for Matchweek 34

Huddersfield Town's Jonathan Hogg has recovered from a leg injury and is in contention to face his former club.

Watford defender Christian Kabasele is back in full training and could feature alongside Craig Cathcart, who is fully fit.

Younes Kaboul (ankle) is closing on a return but remains out, along with Gerard Deulofeu (ankle), Tom Cleverley (thigh), Nathaniel Chalobah (knee) and Tommie Hoban (knee).

Including Huddersfield Town’s 4-1 win in December, there have been 32 goals across the last seven league meetings between these sides, at an average of 4.6 per match. Both teams have scored 16 times.

Seventeen of the 20 goals scored in the last four meetings between these teams have come in the second half.

Three of the 26 goals Huddersfield Town have scored this season have been own goals by the opposition, which equates to a PL-high ratio of 12 per cent.

Watford will be targeting their first away goal under manager Javier Gracia, in their fifth match.

Huddersfield: Wagner: I can't wait for Saturday
Watford: Gracia: We play so they feel proud of us