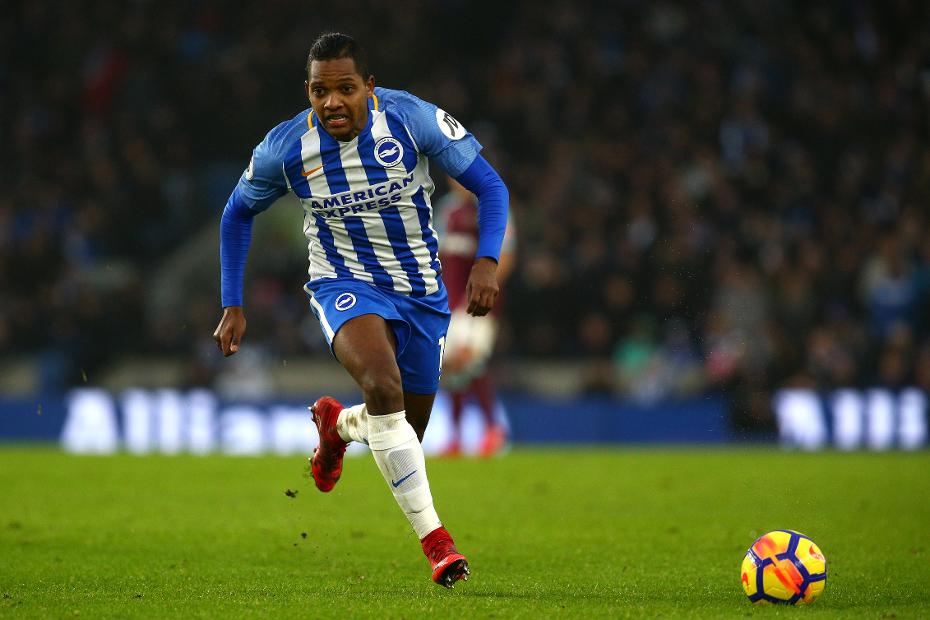 With just six Gameweeks remaining, every fixture in our Clash Across the Pond Fantasy Premier League Draft league is now vital.

The UK's Paul McKinnon retains a four-point advantage at the top but now faces a crunch Gameweek 34 head-to-head with second-placed US pundit Neal Thurman.

We caught up with the league leader to find him scouring the free agent market for new signings.

This week’s confirmation that 12 teams will play a Double Gameweek in GW37 now allows Draft managers to firm up planning for the run-in.

Managers should pinpoint free agents who are likely to feature twice in both these rounds of fixtures.

Brighton winger Jose Izquierdo is one such option who should be on our radars.

He has played every minute from Gameweek 25 onwards, supplying two goals and an assist over those seven appearances.

The Colombian has fired 17 shots on goal in that time, the sixth-highest total among all FPL midfielders and more than his team-mate Pascal Gross, who has 16.

Chris Hughton’s side are still involved in the relegation battle, which should ensure that most, if not all, of their regulars will retain starting roles.

However, as those same six teams also miss Gameweek 35, Draft managers must now strike a balance with their plans from this point onwards.

Newcastle United are one of five teams who both play in Gameweek 35 and also offer two matches in Double Gameweek 37.

Their on-loan wide man Kenedy is another on my watchlist.

Like Izquierdo, the Brazilian has started every match since Gameweek 25, supplying two goals and a pair of assists.

At a time when some Premier League managers will consider rotating their line-ups, focusing on key men who are playing in teams with plenty at stake can prove the difference in Draft.