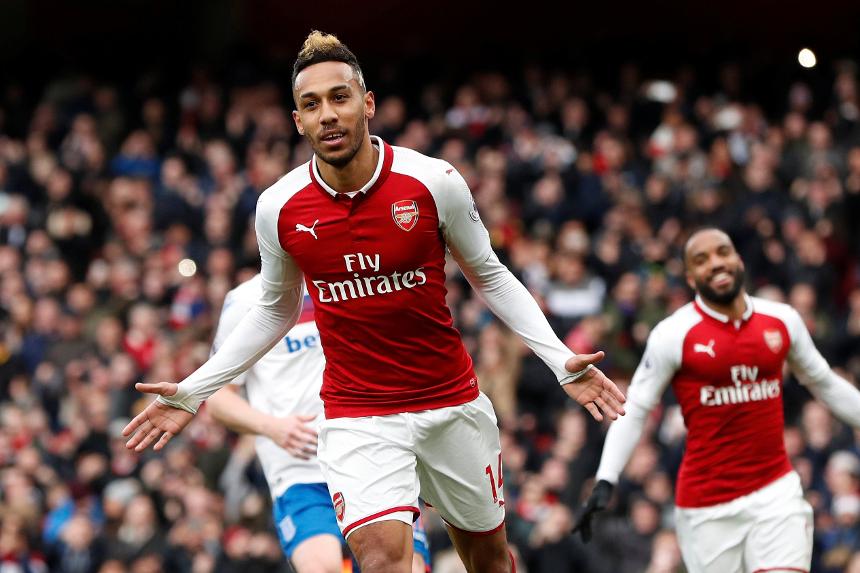 The Arsenal striker repaid the faith of 362,000 new owners with a season-high 13 FPL points.

After earning a Dream Team debut, Aubameyang is second only to Harry Kane (£12.7m) for transfers in since Saturday's deadline.

A second penalty save of the campaign helped the Leicester City goalkeeper earn a first clean sheet since Gameweek 24 and a season-high 15 points. Schmeichel has now been named in the Dream Team on four occasions this season, more than any goalkeeper.

A Dream Team debutant, the Leicester left-back has supplied an assist in each of the last two Gameweeks. Chilwell is the most bought defender in this Gameweek, claiming over 27,000 new owners.

The West Ham United wing-back marked a return from suspension with an assist and a clean sheet in the 3-0 win over Southampton.

The French centre-back made four successful tackles and completed 87 per cent of 101 passes for three bonus points in the 1-0 win over Huddersfield Town. Newcastle United have recorded a clean sheet in three successive home matches since Lejeune returned from injury.

The top-scoring player of Gameweek 32, Arnautovic supplied two goals and maximum bonus points in the 3-0 win over Southampton. Since being moved up front in Gameweek 16, among FPL midfielders, the Austrian is second only to Mohamed Salah (£10.7m) for goals and shots on target.

Two goals in the 3-1 win at Chelsea helped the Tottenham Hotspur midfielder to a third Dream Team call-up. Alli has three goals and two assists in the last three league matches.

Sanchez scored and assisted in a match as a Manchester United player for the first time, inspiring a 2-0 home win over Swansea City. Sanchez is a powerful differential for the run-in as he is owned by only 2.9 per cent and has seven matches still to play over the final six Gameweeks.

Like Alli, the Manchester City midfielder has delivered double-digit scores in each of his last two Gameweeks. Silva’s two assists at Everton secured a fifth Dream Team appearance of the season. No team-mate has recorded more.

A brace at home to Stoke City took his tally to five goals and an assist in six Gameweeks. Since arriving in FPL, only Sergio Aguero (£11.7m) can better Aubameyang's points-per-match average of 6.5 among forwards.