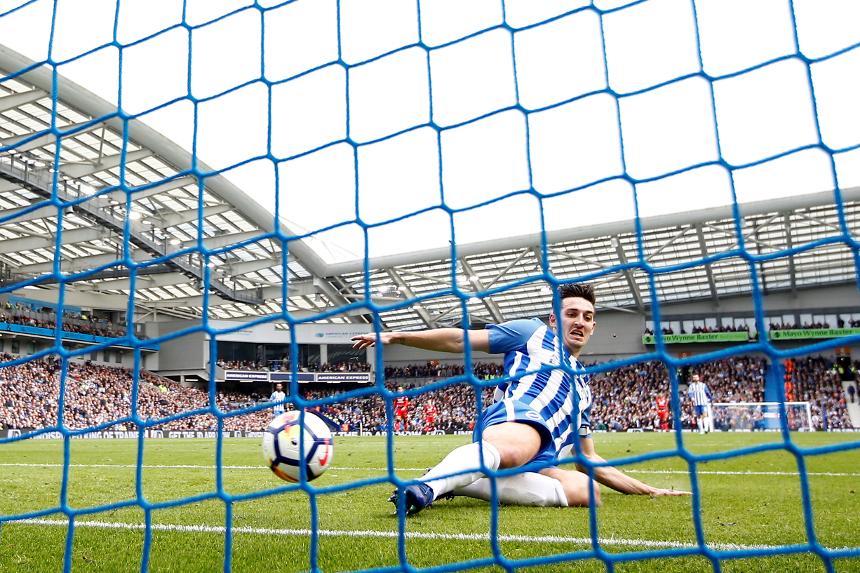 Brighton & Hove Albion and Huddersfield Town shared the points in their battles against relegation.

Both goals in the 1-1 draw at Amex Stadium came in bizarre fashion during the first half.

The hosts were ahead on 29 minutes after Solly March's long-range effort was tipped on to a post by Jonas Lossl before going in off the goalkeeper for an own goal.

Huddersfield could not find a winner despite Davy Propper's late red card.

Brighton stay 13th, three points and three places above Huddersfield Town, who are four points off the bottom three.