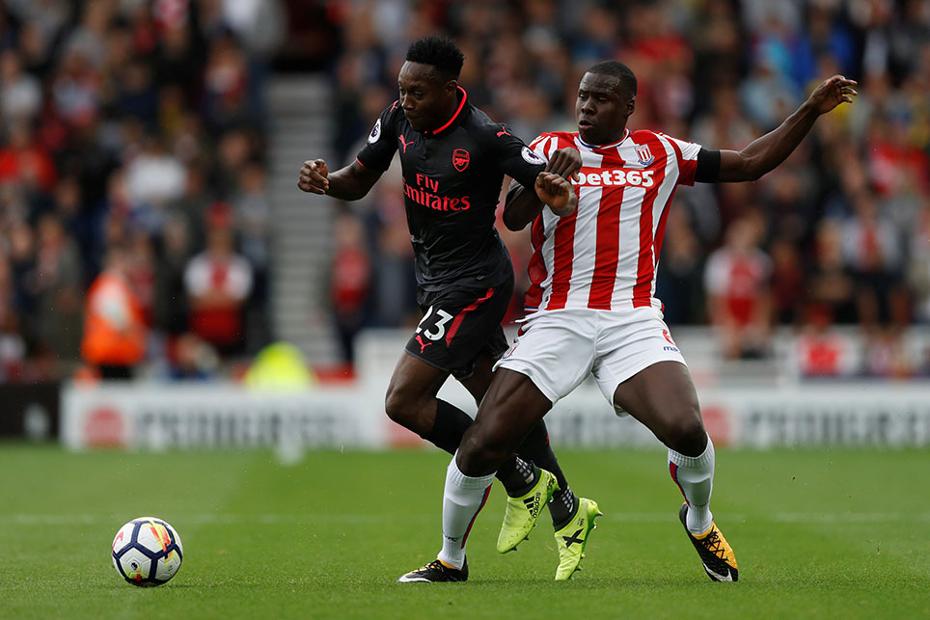 Kurt Zouma has urged his team-mates to have no fear when Stoke City visit Arsenal in the 13:30 BST kick-off on Sunday.

According to Zouma, who played in Stoke's 1-0 win over Arsene Wenger's side in the reverse fixture (pictured), another victory is just a matter of self-belief.

“Arsenal are full of quality, we know what they’re about, and we need to make it difficult for them by making them run, keeping the ball as best as we can and of course score goals and try to keep a clean sheet,” he told Stoke City’s official website.

“We can’t be scared, we know the crowd will be behind them, but we have players who are experienced playing in big stadiums and know what it takes to win such a game.”