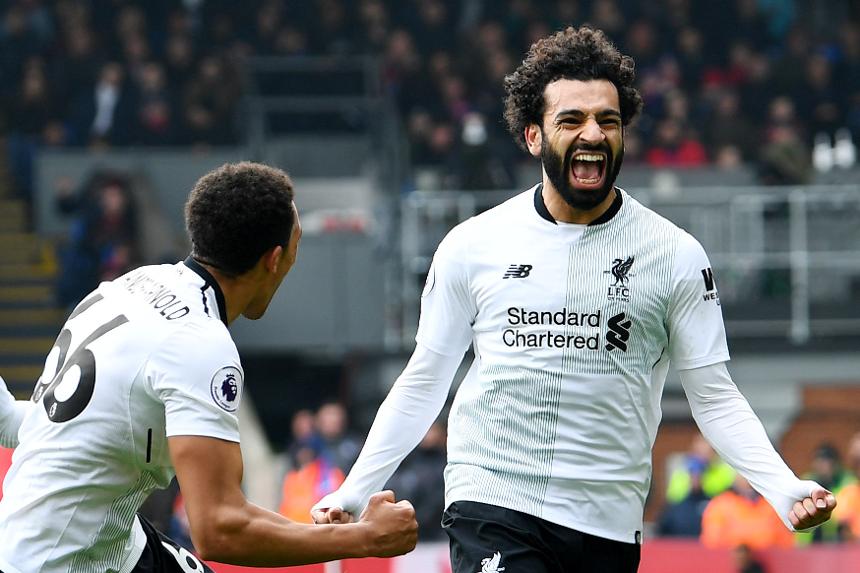 See how Liverpool winger matched Ronaldo, Van Persie and Drogba with his strike at Crystal Palace on Saturday

Jürgen Klopp on Palace win, being 'on fire' and 37-goal Salah External Link

The goal in the 84th minute at Selhurst Park was his league-leading 29th of the season. It was also the 21st different match in which the Liverpool winger had scored in 2017/18.

Salah has six matches left to not only move ahead of these but also aim for the overall record for scoring in the most Premier League matches within one season, which belongs to Andrew Cole.

The Newcastle United forward struck in 26 of the 40 matches in which he played during the 1993/94 campaign.

Salah’s total also took him level with the record for the most goals scored by an African in a Premier League season.

He is now level with Didier Drogba, from Ivory Coast, who struck 29 times in 2009/10 for Chelsea.