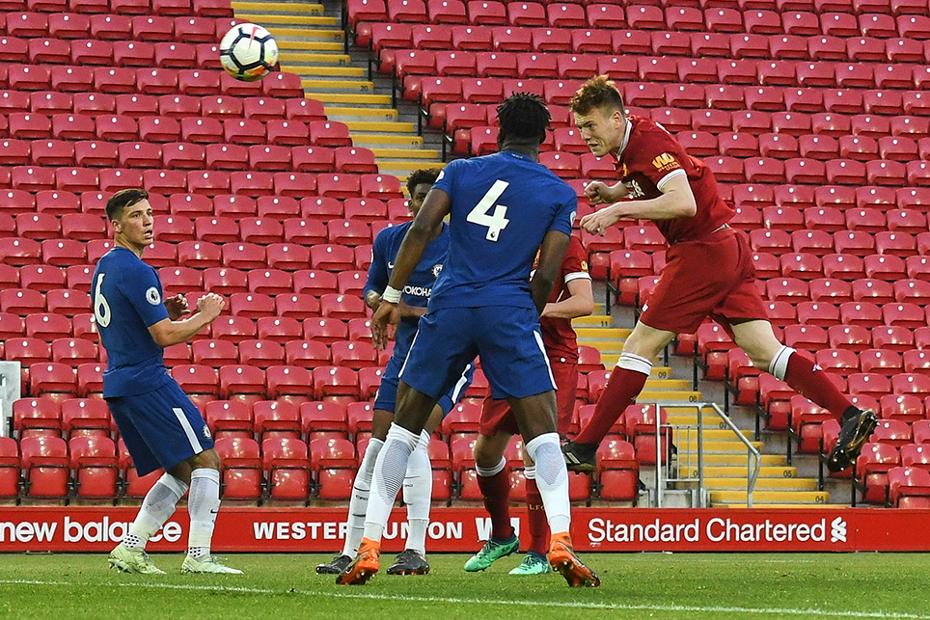 Johnston (pictured) headed in the opener from a 21st-minute corner and Bobby Adekanye doubled the lead before half-time.

Dhanda made it three with a penalty awarded for Reece James' handball, before Martell Taylor-Crossdale pulled one back for the visitors.

Liverpool were not to be denied, though, and late goals from Johnston and Dhanda sealed a comprehensive victory.