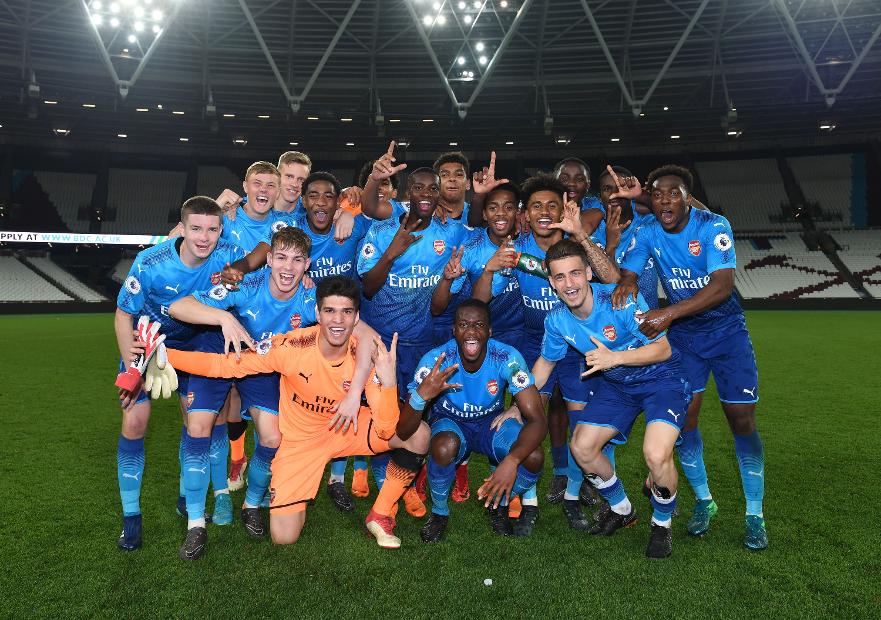 The Gunners went ahead on 20 minutes when Nelson, who earlier struck the post, cleverly worked himself a yard of space and found the bottom corner with a low shot.

#AFCU23 are just 45 minutes away from becoming @PremierLeague 2 champions 😁

Goals from @ReissNelson9 and @EddieNketiah9 have put us 2-0 ahead at the break against West Ham - and here's how Reiss gave us the lead pic.twitter.com/MTZyJoKFQR

Seven minutes later Nketiah finished off a precise cross from Tolaji Bola and then smashed his chance for a second against the woodwork.

The visitors dominated after the break and with 20 minutes to go, Nelson made a surging run and then played in Nketiah to make the score 3-0.

Domingos Quina netted a consolation for the Hammers eight minutes from the end but Arsenal were not to be denied the title.

They finished on 42 points, five clear of second-placed Liverpool who have one match to play. West Ham are in fifth place.