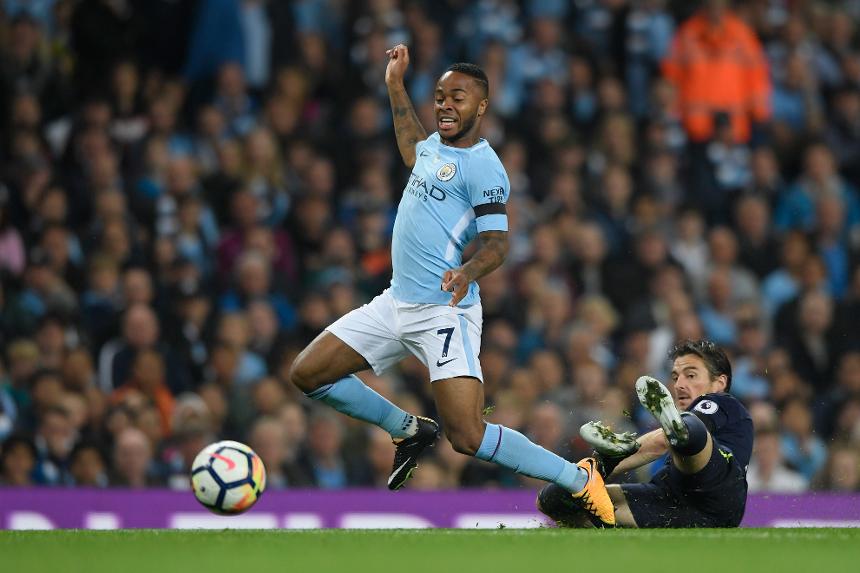 Sterling: Guardiola has made me a better player External Link

If Pep Guardiola can get the better of his bogey team then Manchester City will achieve a rare Premier League feat this weekend.

A City win at Goodison Park would mean they will have beaten each of the other 19 teams this season.

This has only happened twice before in the competition's history, by Chelsea in 2005/06 and Manchester United in 2010/11, both on their way to the title.

A victory on Saturday would also bring up a landmark for Guardiola.

He is one away from 50 Premier League wins and has the chance to become the second-quickest manager to reach a half-century, in his 69th match.

Guardiola would trail only the 63 matches of Jose Mourinho needed to reach his half-century of wins with Chelsea.

But those two feats will not come easy.

Everton, who drew the reverse fixture 1-1 in August, have a strong record against the leaders.

They have won six of their last nine home matches against City in all competitions and have not lost any of the last four PL meetings between the sides.

Their 4-0 win in this fixture last season remains the heaviest league defeat Guardiola has suffered as a manager.

He has also faced Everton three times without winning, more than any other other opponent in his career.