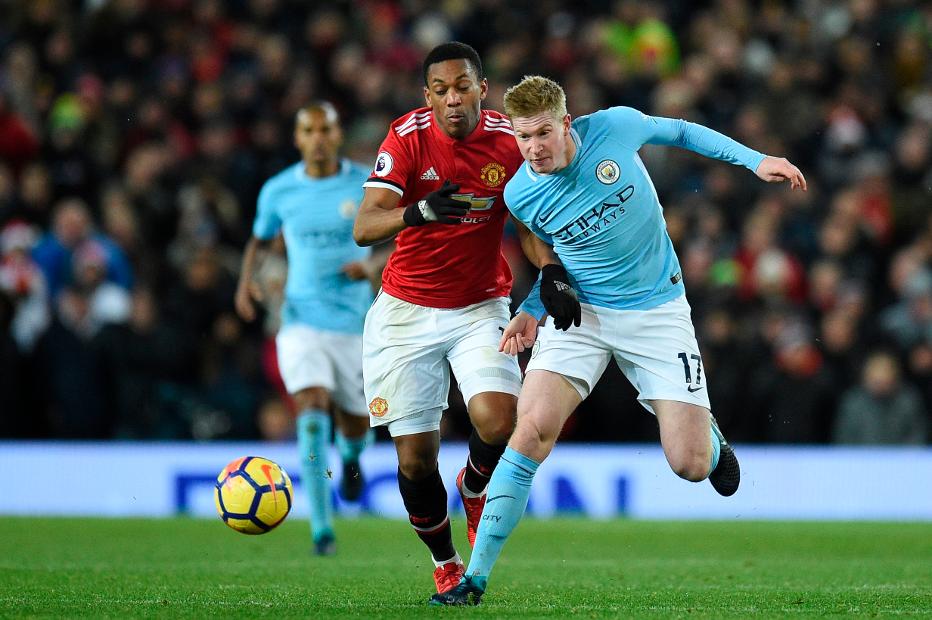 Manchester City will assess the fitness of striker Sergio Aguero (knee) who has been out for a month and has not featured since the 1-0 win over Chelsea in March.

Manchester United have a fully fit squad to choose from with Phil Jones (hamstring), Marcos Rojo and Ander Herrera all returning to training in the past week.

Goalkeeper Sergio Romero is the only absentee.

Victory for Manchester City would make them English top-flight champions for the fifth time, and third time in the Premier League.

Meanwhile, Pep Guardiola could become the third manager to win the title in England and at least two of the other big five European leagues, after Carlo Ancelotti and Jose Mourinho.

Romelu Lukaku has scored in each of his last three matches for Manchester United in all competitions; his best run since scoring in six consecutive matches in September.

The Red Devils are unbeaten in their last two league visits to the Etihad Stadium, keeping a clean sheet each time.

Man City: Business as usual for Guardiola ahead of derby
Man Utd: What Jose wants from the derby