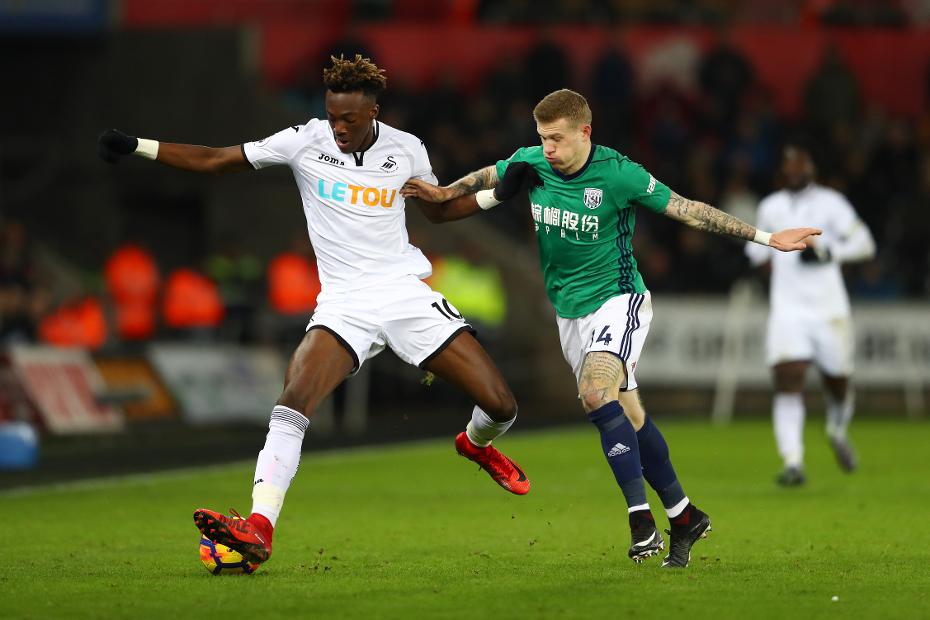 West Bromwich Albion midfielder Gareth Barry has been ruled out for the rest of the season for minor surgery on a knee.

Salomon Rondon has scored each of West Brom's last four home goals against Swansea in the Premier League, including a hat-trick of headers in this fixture last season.

Swansea have won their last two PL matches against West Brom and are looking to secure their first league double against them since 2011/12.

Darren Moore will be the first Jamaican to take charge of a PL match, with Jamaica becoming the 23rd nation to have had a manager in the competition.

Swansea have lost only one of their last 10 PL matches against the team starting the day bottom of the table, losing 0-2 to Leicester City in April 2015.

West Brom: Darren's message of togetherness
Swansea: Sanches due to return to Wales