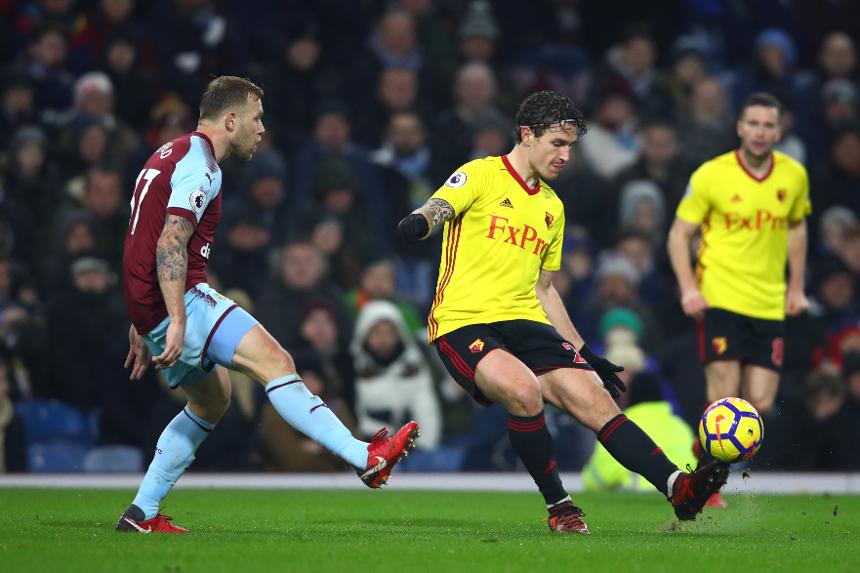 Watford's Christian Kabasele (hamstring) has returned to training and could feature this weekend.

Goalkeeper Tom Heaton is back in contention for Burnley, having last played in September, but Ben Mee (knock) and Johann Berg Gudmundsson (calf) are doubts.

No player has been involved in more Premier League goals for Watford than Richarlison's nine this season, five goals, four assists, despite the Brazilian not scoring or claiming an assist in any of his last 15 matches in the competition.

Troy Deeney has scored in all four of his league matches against Burnley at Vicarage Road, his best such 100 per cent home record for the Hornets.

The Clarets have already won six PL away matches this season, which is one more than they had in their previous seasons in the competition combined. They last won more, nine, in a single top-flight campaign back in 1965/66.

Chris Wood has been directly involved in five of Burnley's last six PL goals, claiming four goals and an assist.