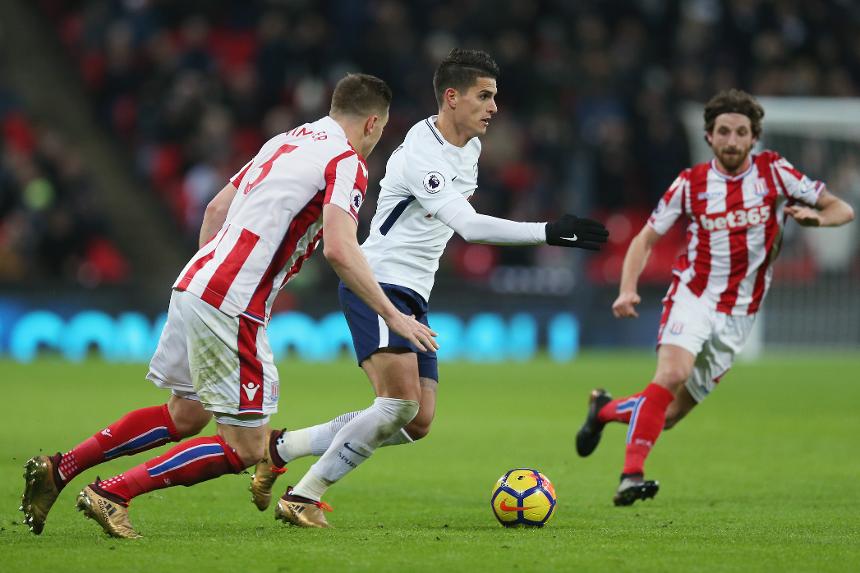 Eriksen on Dele: He digs in and works hard External Link
Match officials appointed for Matchweek 33

Stoke City's Kurt Zouma has returned to training and will be assessed, while Paul Lambert hopes Mame Biram Diouf can shake off a knock.

Eric Maxim Choupo-Moting (groin) and Lee Grant (wrist) remain out while Konstantinos Stafylidis (rib) is likely to miss out again. Charlie Adam serves the second of a three-match ban.

Peter Crouch has scored 12 Premier League goals against sides he has previously played for in the competition, only Nicolas Anelka has more with 18. However, he's yet to score in eight matches against Spurs since leaving them in 2011.

Stoke have alternated between a victory then two defeats in home PL matches against Spurs. They have lost their last two against them.

Spurs are unbeaten in their last 13 matches, the longest current run in the Premier League. They are the only side yet to lose in 2018.