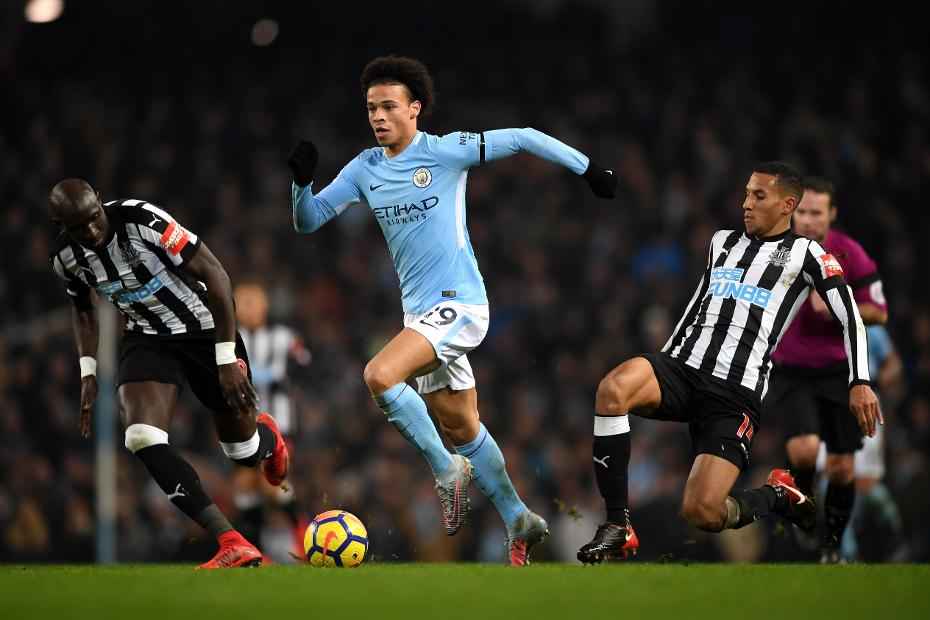 Manchester City have been setting the pace at the top of the table for the past six months, so it seems apt they have the quickest player in the Premier League.

Leroy Sane was clocked travelling at 35.48km/h during September's 1-0 win at Chelsea.

That is the quickest sprint in the Premier League since such data were first recorded in 2013/14.

Coincidentally, the second-fastest player this season, Patrick van Aanholt, posted his mark on the same day.

He reached 35.42km/h during Crystal Palace's 4-0 defeat at Manchester United.

Sane's sprint at Stamford Bridge edged ahead of what had been the fastest speed recorded since the start of 2013/14.

That was when Jamie Vardy reached 35.44 km/h against West Ham United in August 2015.

The Leicester City striker has been unable to emulate that speed this season. His best is 35.09 km/h, recorded against AFC Bournemouth, also on 30 September.

That makes Vardy just the 10th-fastest player this season.