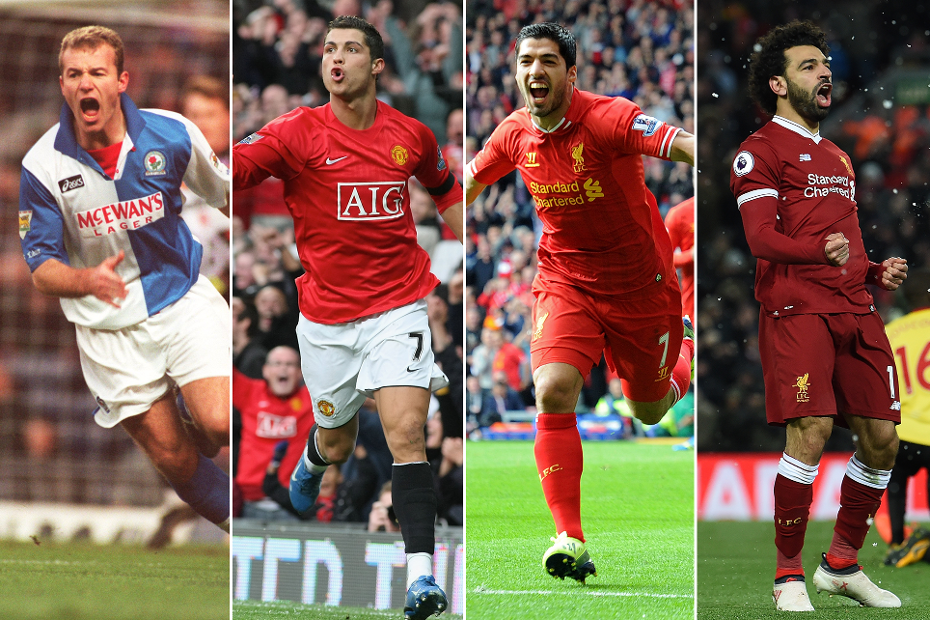 Liverpool winger on target to reach 34 PL goals for the season and surpass Shearer, Ronaldo and Suarez

'Mo Salah is definitely my Player of the Year' External Link
Golden Boot: Can Kane or Aguero still catch Salah?

Mohamed Salah heads into Matchweek 32's opener at Crystal Palace on course to beat the Premier League record for the most goals in a 38-match season.

Indeed, if Salah were to keep up his current ratio of 0.93 goals per match, the Egyptian would finish the season on a total of 34.

If Harry Kane, on 24 goals, can make a swift recovery from an ankle injury to resume his chase of Salah, he and the Egyptian could also set a first in Premier League history.

Should Kane and Salah both hit 30 or more goals, it would be the first time that two players have done so in the same 38-match Premier League campaign.