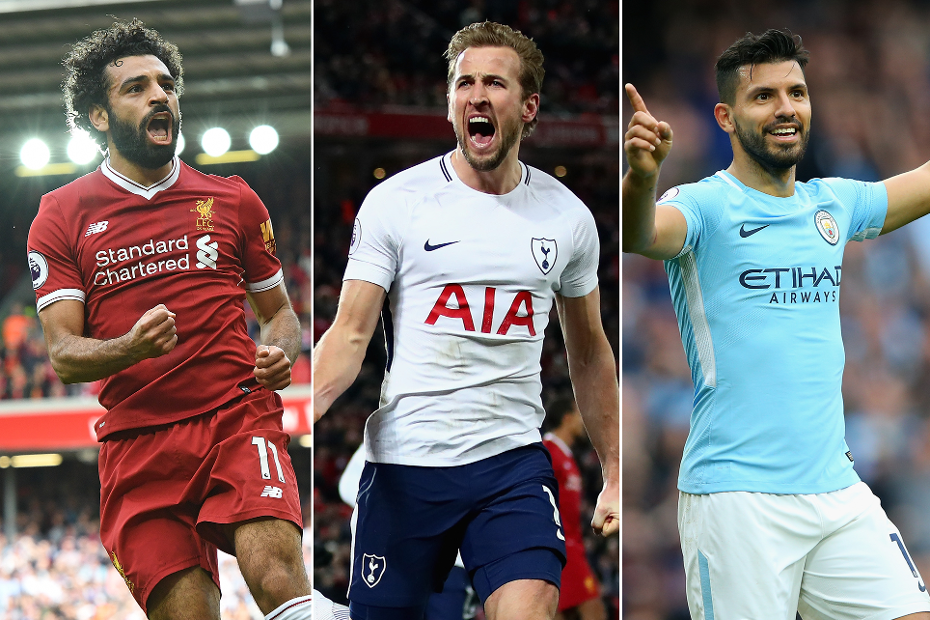 Liverpool star leads by four goals but do remaining matches offer rivals the chance for a late charge?

As the 2017/18 season enters its final stretch, three players lead the way in the race for the Premier League Golden Boot.

Mohamed Salah is ahead on 28 goals, followed by Harry Kane, on 24, and Sergio Aguero, three goals further back

As a guide to see who might claim the trophy, we look at the strength of the trio's remaining opponents by their average points and the players' form against those teams this season.

As well as Salah's lead of four goals, other elements also favour the Liverpool man.

On paper, he also has the most favourable run-in, with the seven remaining opponents averaging only 34.7 points won, the lowest for the three players.

Of those seven opposing teams, the Egyptian has also the best record this season of the three candidates.

The winner of the past two Golden Boots will hope to make a quick recovery from an ankle injury expected to keep him out until some time in April.

The Tottenham Hotspur striker has the toughest run-in on paper of the three, with the eight remaining opponents averaging almost 41 points.

Kane has scored four goals this season versus these teams but has a match in hand on Salah.

He will also be encouraged by his end to last season, when his seven goals in his final two matches overtook Romelu Lukaku to claim the prize.

One of those fixtures was at Leicester City, Spurs' final opponents of this season and against whom Kane has scored the most Premier League goals, with nine.

The Manchester City forward has a similar run-in to Kane in terms of difficulty of opponents and, like the Spurs man, injury puts his Matchweek 32 participation in doubt.

Of his remaining eight opponents Aguero has scored this season against only three. The return to fitness of Gabriel Jesus could also impact on his pitch time.

But the Argentinian should not be written off.

Aguero won the 2014/15 Golden Boot thanks to a run of nine goals in the final seven matches. He also has a habit of scoring in batches, producing two hat-tricks and one four-goal haul this season.