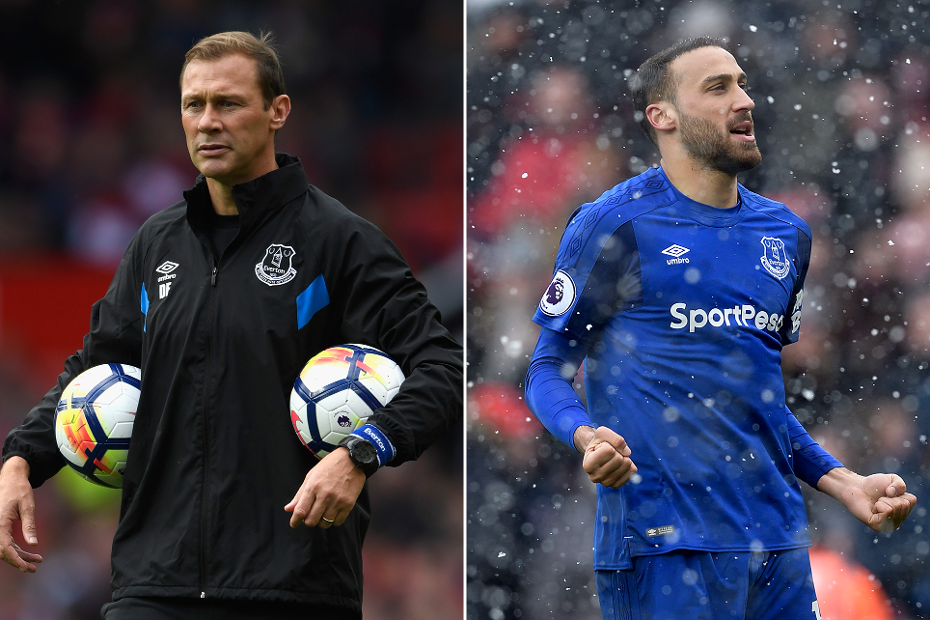 Cenk Tosun says a "club legend" is helping him find his scoring touch for Everton.

Tosun credits Duncan Ferguson, who scored 68 Premier League goals as a striker before becoming a coach, for enabling him to score four times in successive matches against Burnley, Brighton & Hove Albion and Stoke City.

“I work on my game after training with Duncan Ferguson,” the Turkey international told Everton’s official website. “He was a legend of Everton and he has helped me a lot.

“We work together on my physique and on my shooting so I can do better on the pitch.”

Tosun may need to draw on all of Ferguson's expertise in the hope of continuing his scoring run when Everton host leaders Manchester City on 31 March.